One day, while cruising the internet, we discovered an unbelievable deal on what might have been the best Mediterranean cruise ship itinerary we had ever seen: 10 Adriiatic cruise ports and four countries in 11 days. Who could resist such an opportunity?

All we’d need to do was focus on enjoying ourselves while sailing the Mediterranean Sea from Rome (Civitavecchia) to Athens (Piraeus). We delighted in every destination and site, especially because almost every one was new. We’d only been to one of them before (that would be Venice).

From Panama to Paris, we just can’t seem to visit a place without taking photos and notes of its sights, sounds and tastes. Not everyone is able to travel, so we enjoy sharing what we can with our family, friends and fellow curious travelers (like you!).

Anyway, this article is a summary of the 10 ports of call that our cruise ship visited around the Adriatic Sea’s coastline. Holland America really did their research. You’ll also find links to our related stories and some of the best experiences you can have at each port.

We hope you enjoy taking this virtual cruise with us. If you do, then hurrah, we’ve done our job. 🙂

Civitavecchia is the seaport closest to Rome, and one of the Mediterranean’s largest cruise ports. Strictly speaking, Civitavecchia is not an Adriatic sea port because it lies on the Tyrennhian Sea, which borders Italy’s western coastline. However, I’ve included it because most Mediterranean cruises begin or end there, no matter the itinerary.

Because we had never been to this part of Italy before, we arrived a few days early so we could take a look around the city before departure. Also, it was added insurance that a train delay on the day of the cruise would not cause us to miss the sailing.

Things to do in Civitavecchia

There was so much to enjoy in Civitavecchia that we never thought to leave the city, even for the two nearby thermal baths that date from the time of Christ. Depending on your interests, other popular activities include:

Venice, that iconic city of canals and gondolas, was literally built out of the marshes of the Adriatic. It is the most popular Mediterranean cruise port of all … even more than Rome.

One of the most romantic cities in the world, Venice offers picturesque scenery and classic artwork at every turn. It has often been called the home of the Renaissance and was named a UNESCO World Heritage Site in 1987. From the Grand Canal to the Doge’s Palace in St. Mark’s Square, every canal, bridge and building seems to be a masterpiece of architecture and every dish promises to be a masterpiece of cuisine.

Things to do in Venice

If you’ve already been-there-done-that, take a vaporetto to another island in the Venetian Lagoon. You can explore on your own or take a tour like this one.

Ravenna isn’t very well-known as a tourist destination and few cruise ships stop here, which is a shame. Once the capital of the Western Roman Empire, Ravenna is famed for its exquisite Arian and Byzantine mosaics. Eight locations are so special they have been designated a UNESCO World Heritage Site.

Take the Basilica of Sant’ Apolinare, for example. What may look like a lovely collection of tiny, bright tiles on close inspection will, when you step back, transform into a vivid image of a sea voyage, an image of Jesus, or a choir of angels. Waxing philosophical for a moment, I guess everything resolves into clarity if you can just achieve the proper perspective.

Another interesting fact: Italy’s great Dante Alighieri (author of The Divine Comedy), is buried in Ravenna, and you can visit his tomb (free).

What to do in Ravenna

Dubrovnik is one of the most popular tourist destinations on the Adriatic and competes with Venice for port activity. However, even though Venice once controlled the Dalmatian coast, the two cities couldn’t be more different. Dubrovnik’s striking red-tiled roofs and impressive 12th century defensive walls have made it one of the finest and best preserved medieval cities in the world.

Dubrovnik is full of quaint bazaars and markets, Baroque churches, museums, palaces, and monasteries. Take time to meander through the less crowded side streets, polished smooth through centuries of use, and stop for a bite at a local restaurant or café to people watch.

Climb the steps to the top of the walls (admission charge) and walk around the perimeter of the city. They will offer a unique perspective of Old Dubrovnik and the Adriatic. Just remember to wear a hat and sunglasses, and bring water. The city’s pale stone walls radiate heat and reflect sunlight.

What else to do in Dubrovnik

Split, the second largest city in Croatia, began in the 6th century BC. It has endured everything from Greek rule to Roman domination to post-war Socialist politics and is now a powerful port and tourist destination.

With a history like that, it’s no surprise that Split’s historic center is a UNESCO World Heritage Site. Here you’ll find historic Diocletian’s Palace, the old Castle market, and plenty of buildings sporting Roman or Venetian architectural styles.

Things to do in Split, Croatia

You’ll find plenty of natural beauty, Venetian architecture, and ancient history in Kotor, Montenegro. The town lies on the Bay of Kotor, a secluded inlet, partially hidden from the Adriatic by towering limestone cliffs. Kotor earned its status as a UNESCO World Heritage Site both for its medieval city and its picturesque landscape. It could easily be called the most beautiful town in Montenegro.

Kotor was settled during ancient Roman times (168 BC) and its historical sites abound. The two most outstanding spots are Cathedral of Saint Tryphon in the old town (built in 1166) and the ancient walls that surround the city. The walls were built for protection by the Republic of Venice.

Things to do in Kotor

The second largest Greek island in the Ionian Sea, Corfu (or Kérkyra, as it is locally known) serves both as a major tourist destination and a producer of olive oil and local wines. Its neoclassical houses and ancient fortifications dating from the Venetian era, are what gave Old Town Corfu its status as a UNESCO World Heritage Site.

Corfu is the perfect place to wander. Meander along ancient bougainvillea-laden cobblestone streets, among buildings sporting Venice’s characteristic arches, and visit Greek churches such as the church dedicated to Our Lady of the Cave or Saint Spyridon church, where the body of the island’s patron saint lies.

Whether you explore the town on foot or take the open-top bus tour, every visitor to Corfu should try to cross the moat to visit Kerkyra’s ancient Palacio Frourio (old citadel). It was built by the Venetians and is now used for cultural events and concerts.

What to see in Corfu (Kerkyra)

ⓘ TIP: For an authentic taste of Greece, order horiatiki salata for lunch. It’s a true Greek salad. We liked it so much that we had it every day and never got tired of it. To find out what makes it special, read my recipe for authentic Greek salad.

If you want to experience a sleepy Greek town, visit Katakolon on a day when no cruise ship is expected. Only 612 people live in this tiny port town, so it’s hard to notice activity unless a cruise ship docks.

Katakolon cruise port is known as the gateway to one of Greece’s most legendary sites. Mount Olympus was the most sacred site for the ancient Greeks, who believed it was the home of the gods. It was also the birthplace of the modern Olympic Games (776 B.C.). Many of the structures that can still be seen today date even further back than that.

What to do in Katakolon

Don’t let the fact that this island isn’t as popular as Athens, Santorini, or Mykonos deter you. Návplion is still a best-kept secret for those who know of its picturesque scenery and history. This town has been under French, Italian, and finally Greek rule, and it was actually named the first capital of modern Greece.

For such a small port, this quaint waterside town still offers a surprisingly wide variety of things to do. Crystal clear, aquamarine waters, quaint shops, and long scenic walks are what you’ll find here. And even though the primary industry is tourism, you’ll frequently spot locals fishing near the town beach and reeling in anything from flying fish to octopus.

What to do in Nafplio

Our tenth and final Adriatic cruise port was Piraeus, which serves Athens. As soon as we disembarked we headed straight to the capital city. Athens was the epicenter of the classical world in the 4th and 5th centuries B.C., and much of its rich history and culture has survived until today. The city’s major must-see is the Acropolis, which can be seen from everywhere in the city. Due to its historic significance, it too is a UNESCO World Heritage Site.

Visit the Acropolis to get a closeup look at the Parthenon, the temple of Athena Nike and the stone amphitheater called the Odeon of Herod Atticus. While there you can also climb Mars Hill, where the apostle Paul addressed the leaders of Athens (see Acts 17:16-34).

We also really enjoyed the Monostiraki neighborhood, the National Archaeological Museum and watching the Changing of the Guard at Syntagma Square. Highly recommend all three.

Best time of year for a Mediterranean cruise

If you plan to visit any of these cruise ports, you should know that the region gets unbearably hot, unreasonably expensive and extremely crowded in the summer. Spring and fall offer lower temperatures, better prices and fewer crowds.

Whether you’re looking for an adventure or a peaceful respite, the Adriatic Coast has something perfect waiting for you. Soak up the sun on one of Croatia’s many gorgeous beaches, explore Venetian canals lined with centuries-old buildings, or take a hike in the stunning Italian Alps. No matter what you choose to do, you’re sure to have an amazing time cruising along the Adriatic Coast.

And if we still haven’t given you the perfect destination, read our article about which Greek islands to visit next. 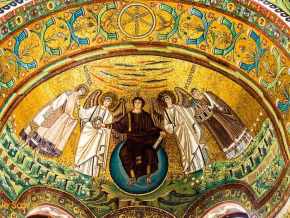 One Day in Ravenna (Mosaics + More Things to Do) 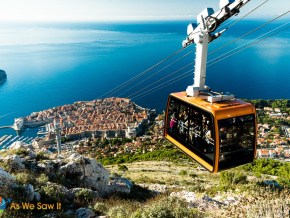 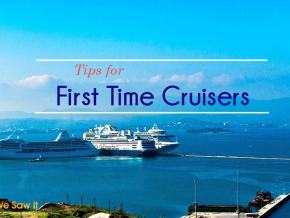 8 thoughts on “10 Adriatic Cruise Ports You Need to Visit”