Should You Set a Goal to Travel to Every Country?

I was six when I realized I was unusual. On my first day of school in my hometown, I instantly became The Popular Girl when my schoolmates heard my Australian accent. As the only one on the playground who had lived overseas, my new friends wanted to hear my stories about places they’d never been. Wonderful places.

In my twelfth summer, the immigration officer put a British stamp in my passport and a dream in my heart: I want to travel to every country in the world.

But how do you do that?

Travel to every country? What counts as a country?

Visiting every country in the world isn’t easy to define. The world has grown smaller, thanks to mass media and the internet. Over the years the concept of what constitutes “a country” has morphed and grown in our minds. It began with the countries on the Replogle globe you knew as a kid, grew to the list of U.N. member states, and (for some) is the 321 countries and territories that are currently on Travelers’ Century Club’s list.

While the U.N. might disagree, Travelers’ Century Club (TCC) decided to list some regions separately because they are removed from the parent country, either geographically, politically or ethnologically. This makes sense.

Think about it: If only U.N. member states were included, those hard-to-get-to destinations that are on every ambitious traveler’s radar wouldn’t count. We’re talking destinations like Greenland, the Azores and Antarctica. Now, not only does every emirate in the U.A.E. count separately, TCC has divided the continent of Antarctica into seven regions of its own.

What counts as a visit?

Dan and I constantly debated just what constitutes a “visit.” At what point can you accurately say you have “been to” a country?

Should we count our 4-hour layover in Bangkok, Thailand? What about frantically running from one gate to another in Dubai Airport?

One guy counted a bus ride through Albania. He never got off the bus. Is that stretching it?

After a lengthy consideration as to how long one must remain in a country or territory to qualify, TCC finally decided that even the shortest visit would suffice — even if it is only a port-of-call or a fuel stop on a runway. They reasoned that it would greatly widen the field and give travelers a better chance to qualify for one of the most unusual clubs in the world. Anyone who has visited 100 or more of the places on their list is eligible to join.

Since TCC and Dan agree, I’ll happily give in and cross a few more countries off my list. Heck, we’re that much closer to membership. 🙂

Is visiting every country realistic, or not?

We have friends who have set grand goals like visiting 30 countries by the age of 30. That’s good and all, but at the rate of one new country a year, it would be impossible to visit every country in one lifetime.

Kick it up a notch to one country per month, and it’s possible to scratch them all off,. However, it will take over 26 years to do it.

At an average of one country per week it would take 6 years and 8 weeks to visit every place on TCC’s list. Not counting the country you’re currently in, of course.

Though it may appear that few besides ol’ Mr. Methuselah could check them all off in their lifetime, not so. In reality, quite a few have managed to qualify for and join TCC. I would suggest that it’s because they set out to do it. Something like that is unlikely to be accidental.

Everyone has a dream. Sometimes, more than one.

It’s healthy to have dreams and goals, but even healthier to work to achieve them. They don’t even have to be about travel. Morgan Freeman and Jack Nicholson showed that in The Bucket List.

What your goal is doesn’t matter, really, as long as you have at least one. For as Ernest Hemingway once said, “It is good to have an end to journey toward; but it is the journey that matters, in the end.”

What about you? Do you have any goals like that, or do you think travel to every country is pointless? Share your thoughts in the comments.

Other travel tips on As We Saw It include 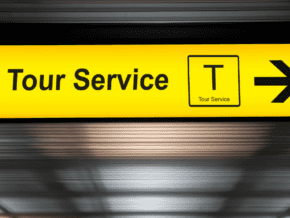 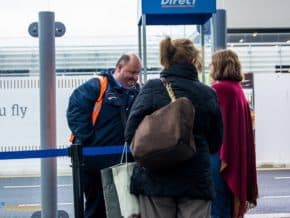 5 Best Ways to Live Overseas on a Tourist Visa (Legally) 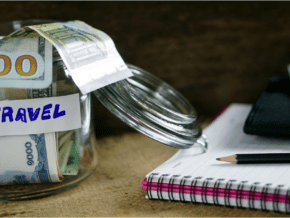 10 Clever Ways to Save Money on Travel

19 thoughts on “Should You Set a Goal to Travel to Every Country?”