Are you visiting France and want to make a good impression? Wondering how to make French people love you? You can, you know. They may have a reputation for being arrogant and stuck up, but the truth is that they really aren’t.

Table of Contents show
“I hate Paris. They are so rude!”
1. Always greet the store clerk
2. Try to speak some French
3. Only sip wine after “santé!”
4. Wait to begin eating
5. Don’t stand on the left side of escalators
6. Be mindful of personal space
7. Turn down the volume
8. Dress well
9. Make an effort to learn about their culture
10. Throw stereotypes out the window
Final thoughts about how to make French people love you

Understanding other cultures, customs and people is a large part of what traveling is all about. Did you know that when Parisians might appear to be impolite or arrogant, their brusque behavior is often a reaction to your rudeness? Granted, you probably aren’t trying to be disrespectful at all, but that doesn’t mean that they don’t see you that way.

The French, and especially people in the capital of France, are rather formal and have very strict codes of conduct. Once you become aware of their society’s expectations, Parisians will love you. As a result, instead of coming home with stories about how rude French people are, you will come home with full bragging rights on how everyone was SO absurdly nice to you.

Don’t believe me? I’ve been complimented on my horrible French, helped by random people as I was looking lost on the streets of Paris, and have always had an overwhelmingly positive experience.

Okay, I’m not promising that you won’t encounter ill-mannered waiters and bad service. Let’s face it: That, unfortunately, is the reality of cities everywhere. What it does mean is that – once you understand French culture – the vast majority of French people you meet will be kind.

If there is one thing French people detest, it is rudeness. Nothing makes a Frenchman’s blood boil as much as when someone enters a shop/restaurant/boutique – or anywhere – and doesn’t at least say, “Hello.” In France it is incredibly disrespectful to barge into a shop like you own the place and then ask for service without even bothering to acknowledge the store clerk and customers there.

From their perspective, you are telling them they are not worth greeting and so chances are they won’t be that nice to you, because you have committed a horrible faux-pas and insulted them.

Likewise, always end your interactions pleasantly. This is as simple as thanking people as you leave and wishing them a bonne journée (have a nice day) or bonne soirée (have a good evening).

Nothing pleases the French as much as someone who takes them into account and displays spotless manners.

2. Try to speak some French

Meeting people is one of the best things about travel, even when not everyone speaks English. Although no one expects you to be fluent in French, making an effort to at least say “hello”, “goodbye”, and “one café, please” will melt their hearts.

You are in France, after all, and the French take their language very seriously.

However, if you can’t recall a lick of French, it’s best to politely ask if they speak English before continuing. You can ask “Hello…Do you speak English?” by saying “Bonjour Monsieur (or Mademoiselle) … parlez-vous Anglais?” And don’t worry about your accent. They’ll just be thrilled that you’re making an attempt.

It is no secret to anyone that the French take their wine seriously. Very seriously. This is an essential staple of their culture and must be at all times respected, which means that there is specific etiquette to follow when you enjoy it.

First of all, don’t take a single sip out of your glass until after the toast has been given. It is considered disrespectful, as wine is meant to be shared and should be a communal moment.

There’s a special etiquette for toasting in France, too.

Like wine, food is extremely important to Parisians. Not for nothing is France’s cuisine revered throughout the world for its delectable dishes. Besides appreciating the taste of the dishes themselves, the experience of dining is almost a sacred rite as well.

Mealtime is so important that French people are often allowed two hours for their lunch break so they can dine with their friends regularly.

French people consider it extremely rude to start eating before everyone has been seated and the hostess has said, “Bon appetit!”

When you do this, you are throwing all the beauty of community to the ground and virtually spitting in everyone’s face. It shows that you think of yourself first. Do you want to spit in the face of the people whose country you are in?

I didn’t think so.

5. Don’t stand on the left side of escalators

No matter where you go in the world, city dwellers are busy and impatient. Paris is the largest city in France and Parisians will always be in a rush as they head into the metro—dreading the fierce battle they will have to wage against the horde of other passengers. Everyone want to get through the station, onto the next train, and off at the other end as quickly as possible.

The one thing you do not want to do at this delicate moment of their day is to piss them off. And standing along the left-hand side of escalators will do just that.

Why make such a big deal out of it? Because the right side is reserved for those who have the time to linger and let the escalators do all the work for them. The left side is for those who are trying to move along as fast as possible.

Anyway, no matter where you are in the world, blocking the way of dozens of people who are rushing to their destination is just plain inconsiderate. Stay to the right on escalators.

6. Be mindful of personal space

Unlike some other cultures, it takes a long time to truly befriend a French person. The French are very selective as to who they’ll admit into their personal lives and where they’ll reach a level of comfort where they will even slightly reduce their personal space. That is, not counting les bises – the air-kisses – that the French will generously use to greet every acquaintance.

In France, physical proximity can also be interpreted as romantic interest. While this might end up in hilarious stories afterwards, it could create incredibly awkward situations in the moment.

If you come from a culture where personal space is basically non-existent, be sensitive and follow the French person’s lead. Let him or her approach you.

7. Turn down the volume

Go to a cafe or a wine bar, and you’ll hear only a gentle murmur over the clinks of glasses. It is hard to hear anyone’s conversation, even that of the people who are sitting at the next table. The same goes on the street.

Just as the French are uncomfortable when you invade their physical space, they also don’t like it when your conversations invade their ears. Even moreso with disagreements in public. The way they see it, your conversation is your business and they shouldn’t have to deal with it. After all, your personal drama is irrelevant to their lives.

Anywhere in public, keep your voice only loud enough to be heard by the person you are talking to. While you might not think you are being very loud, these things are relative. A person who is soft-spoken in one country might be the noisiest person around in another.

If you try to be mindful to match the tone of voice of people around you, you will be perfectly fine.

Fashion is the name of the game in Paris. As one of the leading cities in terms of new trends and people looking like they’re just off the runway, looks matter in the city. It’s not that you have to wear high-end brands and walk around the park in 4-inch heels (how do women do that, anyway?), it’s just that Parisians dislike sloppy.

To Parisians, fashion is all about expressing yourself. It doesn’t matter whether you prefer a chic look, a bohemian style, an executive wardrobe, or whatever you want. What matters is that you aren’t wearing gauche things like socks with sandals, Hawaiian shirts, tank tops, workout gear, or the infamously shapeless cargo pants. (Personally, we prefer to wear business casual whenever we can. It’s safe.)

People won’t treat you worse for not being fashionable, but know that they will silently judge you if you don’t at least try to look presentable. And please, no mismatched color schemes!

9. Make an effort to learn about their culture

The French are very proud of their culture and language and have still not gotten over not being the lingua franca anymore. There is no better way to get them to love you than by showing an appreciation and knowledge of their country, politics, history and culture.

If you show that you recognize famous names and that you have some interest in the things that are important to them, they will think of you as tourist of the year.

10. Throw stereotypes out the window

Spouting stereotypes about the place you’re visiting not only makes locals angry, but it also makes you look incredibly stupid and ignorant. Making crass jokes or tactless comments about how all French people are smelly, the women are hairy, and the men are feminine is buying a first-class ticket to evil glares from everyone.

This advice applies not just to Paris but to virtually every single place in the world.

Final thoughts about how to make French people love you

I hope I’ve shown that there really isn’t any reason to hate France and that you can make French people love you. If you are polite and treat them with the respect common in their culture, the grand majority of them will respond with the same kindness.

Don’t expect overt expressions of love and gratitude for your polite behavior, though. After all, this isn’t the French way. Just know that deep inside, their tricolor heart is weeping with joy at having found a cool, respectful and conscious foreigner. 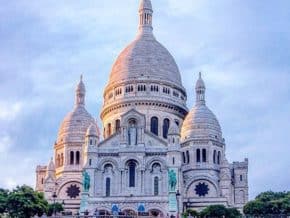 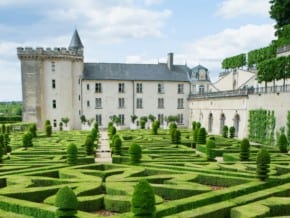 9 thoughts on “10 Ways to Make French People Love You: Etiquette in France”