Am I really in Rome for two days? Wake up Dan, you’re dreaming, you can’t finally be in Rome. It must be a dream, a fantasy … all because it’s your birthday and you’ve always wanted to go to Rome.

Well, this was a dream come true, I got to spend two days in Rome for my birthday! It was a great plan coming together, because after Linda got to visit Paris, I got to see Rome.

Well, we actually had three days in Rome, but the third day was reserved for visiting Vatican City and the Vatican Museums. This article is all about our two days in Rome.

Tips for spending 2 days in Rome

Here’s a cheat sheet we’ve designed to help you plan your trip.

How to get to Rome from the airport

Travel from Fiumicino Airport to Rome is actually very easy, because you have a number of options. Taxis and private shuttle are the best option if you plan to arrive late at night or your hotel isn’t easy to get to.

10 things to see in Rome Italy

Getting around Rome is easy, but it’s harder in the summer when tourists crowd the streets and squares. We began our first day with a hop-on hop-off bus tour. The narrated “HOHO” ride gave us a good overview of the city’s layout and we learned more about Rome as we drove around.

Sure, we had our list of must-see Rome attractions, but we take HOHO tour buses because they take us past buildings and monuments that we wouldn’t otherwise know about. For example, our guide pointed out the Victor Emmanuel II National Monument.

Also called the Altar of the Fatherland, it is a national monument built in honor of Victor Emmanuel II, the first king of a unified Italy. It houses the Tomb of the Italian Unknown Soldier and an eternal flame.

Had we not been on the bus, we never would have had a chance to see it. At least not with only two days in Rome.

After we’d done a complete circuit and done the complete tour, we hopped off to stretch our legs and headed to Borghese Gardens. These gardens make up the third-largest park in Rome, and its centerpiece Is the Borghese Gallery. This is an exquisite, 400-year-old villa that was once the home of the Borghese family.

One of the family members was an avid art lover, collecting Renaissance masterpieces from Caravaggio, Titian, Raphael, Peter Paul Rubens and other Renaissance masters. His collection of paintings, sculpture and antiquities is now on display in the villa, and as a result, Borghese Gallery is now considered a world-class art gallery.

Tickets are in high demand, and it’s nearly impossible to see the works without a reserved spot. But somehow just as we arrived there was a last-minute cancellation and we were able to get tickets. We couldn’t resist the opportunity, even though it wasn’t in our original plans.

Is the museum worth squeezing into a 2-day Rome itinerary? Yes, but we recommend you plan better than we did. Cancellations are rare. Buy tickets online ahead of time.

Where to start Day 2 in such a glorious city? Way too many sites have been unfairly distributed to this one place. I decided to begin with the Colosseum. What a magnificent structure it is, and it is still standing after two thousand years. This is a building of legends.

The Roman Colosseum is an amphitheater built by Emperor Vespasian around A.D. 70-72.It was known as the Flavian Amphitheater when Vespasian’s son Titus finally opened it just 8 years later. The government hosted games here as entertainment for the public. For them, gladiatorial combats, wild animal fights, and even torture were all entertainment.

The colosseum originally had a wooden floor, but all the once-hidden passageways and chambers are exposed. After four centuries of games, it was neglected until the 18th century, when they began to restore the damage it had endured over the centuries from fires and earthquakes. Now the Colosseum is an iconic symbol of Rome that tourists like me just have to visit.

ⓘ TIP: Linda purchased skip-the-line tickets online, to make the most of our precious time in Rome. That turned out to be a smart more, because the ticket line was really long. The best part was that one single ticket gave us access to the Colosseum, Roman Forum, and Palatine Hill, all of which are top Rome attractions.

The Arch of Constantine dates from the 3rd century and commemorates Constantine’s victory over Maxentius at the Battle of Milvian Bridge.

Standing next to the Colosseum, the marble arch spans the road that military leaders once took when they returned from a military victory.

Rome was built on seven hills, and Palatine Hill is the center-most hill of all. Being the center of Imperial Rome, Palatine Hill houses great attractions like Circus Maximus, the Colosseum, and the Roman Forum.

The hill is tied to Roman mythology. Legend has it that the twins Romulus and Remus were found in the Lupercal Cave by their wolf mother.

Today, the Forum holds the ruins of several important ancient government buildings, shrines including the Temple of Saturn and the complex where the Vestal Virgins were. We special made a point to see two significant historic sights:

The Pantheon was originally built in 27-25 AD to commemorate the victory at Actium over Antony and Cleopatra. It was a functioning temple with statues of various Roman gods filling the niches. Animals were sacrificed and burned in the center; the smoke escaped through the oculus above, the temple’s only means of light.

These days, the Pantheon is a Basilica. Niches once used for Roman idols are now filled with Catholic idols. Interestingly, Michelangelo carefully studied its dome before starting his work on St. Peter’s Basilica.

The Fontana di Trevi, Trevi Fountain in English, is the largest Baroque fountain in the city and arguably the most beautiful in the world. There is a tradition that if visitors throw a coin into the fountain, they are ensured a return to Rome.

Hmmm … I wonder what throwing 40 euro coins would do for a return visit?

Tours are fun, but travel isn’t just about sightseeing. It’s about experiencing the foods and culture, and pretending that you’re a part of local life.

Wandering around with no particular end in sight offers a chance to discover quirky things that aren’t in travel guides. Try crossing one of Rome’s many bridges, or exploring the nooks and crannies of a small side street. Who knows what you might uncover?

Romans take an after-dinner stroll — passeggiata — and we enjoyed being a part of it. With gelato, of course.

As always, we find a great deal of enjoyment in people watching, both the locals and the visitors. It’s easy to tell the difference, because tourists display some curious antics while posing for pictures.

We also just like to observe people as they enjoy the scenes. Here are a few characters in action:

It didn’t take long to admit that we need to plan more time in Rome as there is so much to see. We had so little time during this trip, but 2 days in Rome are better than none, right?

Read all our Rome & Vatican blog articles: Things to See in Rome in 2 Days, Things to Know Before Visiting Vatican City, Best Things to Do in Vatican City, Guide to the Vatican Museums, and Tips for Visiting the Colosseum. 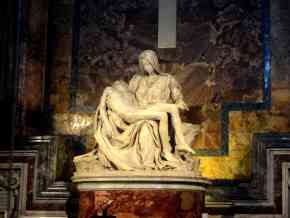 7 Best Things to Do in Vatican City (Itinerary Ideas) 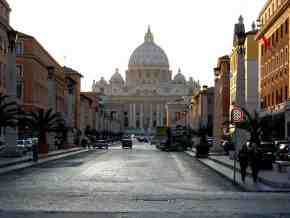 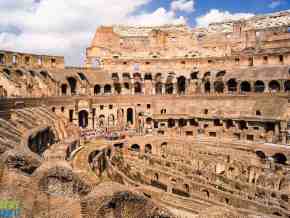