Is a Florida Everglades Day Trip from Miami Worth It? 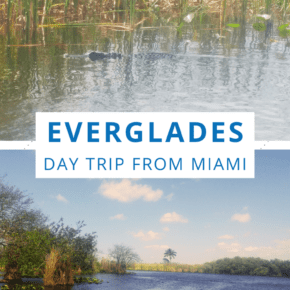 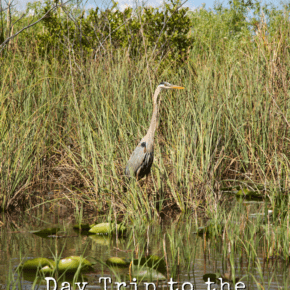 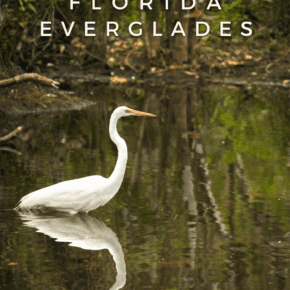 Recently, my sister and I visited Miami Beach for a week. While we were there, we decided to explore one of the main attractions outside of the busy South Beach by taking a Florida Everglades day trip from Miami.

The day that we visited was beautiful and sunny, and we loved exploring this stunning place. I highly recommend checking it out if you are in the area. But first, you might be wondering, “What are the Everglades”?

What are the Everglades?

The Everglades is the largest wetland ecosystem in the United States, located at the southern tip of Florida. Despite the fact that a lot of people think that the Everglades are just a large marsh or swamp, it is actually a very slow-moving river filled with vegetation, which is why it’s sometimes called the River of Grass.

The Everglades is 60 miles (97 km) wide and over 100 miles (160 km) long. Of this, 1.5 million acres (twenty percent) form a national park. Everglades National Park has also been designated as an International Biosphere Reserve, a Wetland of International Importance, and a UNESCO World Heritage Site.

Many animals call the Everglades their home, including panthers, crocodiles, alligators (smaller than crocs), turtles, and a ton of birds. The Everglades provide a habitat for many endangered species, which makes it one of the most important ecosystems in the country.

The best way to explore this natural wonder is to take a ride on an airboat.

Options for an Everglades day trip from Miami

We didn’t have a car, so we chose to go with Big Bus Tours. (Here’s the tour we took.) This tour takes you to the Everglades Holiday Park, which is about 45 minutes from South Beach.

A lot of the other tours that we could book online were going to a location a couple of hours south of Miami. We didn’t want to spend so much time sitting on a bus when there was a closer entry point. This is why we chose to take the Big Bus tour instead of booking a whole day tour.

So, when you’re picking a tour, make sure you check where exactly you will be going in the Everglades.

What to bring to the Florida Everglades?

Don’t forget to bring some sunscreen, sunglasses, and a sun hat, as it will most likely be sunny and hot. We went in March, and it was 30 degrees Celsius (86°F). Also, bring a lot of water to drink.

In terms of shoes, it doesn’t really matter in this case, because you will be on the bus and then on the boat. I wore my running shoes.

Wear clothes that will help you stay cool and breezy. I wore denim shorts with a crop top shirt, and I was pretty comfortable. Bring a small day pack to put all your stuff in. I had a fanny pack, and my sister wore a backpack that held most of our stuff.

Also, don’t forget your ticket for the trip – you can print it out or show it digitally. I had a version of both.

Tour schedule for our Everglades day trip from Miami

The Everglades day trip uses a coach-style bus and has two pick-up locations only. The first one is in Soundscape Park/Lincoln Road which was located two minutes from our Airbnb (super convenient). Bayside Marketplace is the second pick-up location. So, there is one stop on Miami Beach (the island) and one in Miami City (mainland).

Unlike the Miami Big Bus Hop-on/Hop-off tour, there is no hopping on and off this bus. They pick up tourists from each spot and then you head straight to the park.

Keep in mind there are only two departure times during the day (one in the morning and one in the afternoon) and you have to book in advance. There are tours going out every day.

The bus and ride

The bus was comfortable and the ride to Holiday Park was enjoyable. There were about 10 other travelers on the tour with us. Unfortunately, the bus driver was an hour late, which significantly decrease the amount of time we had at the Everglades. They did not give us an explanation or reason for this. So that was a bit frustrating.

Things to do at Everglades Holiday Park

Once we got to Everglades Holiday Park, we mounted one of the famous airboats. It is a very interesting-looking boat where the engine is strapped to the back. That is most likely so that it doesn’t get tangled in the vegetation.

The airboat ride lasted about half an hour. Our tour guide was extremely enthusiastic, which made it very interesting. He shared a lot of information about the local flora and fauna.

You should know that the airboat is really loud, especially when the driver goes full speed. There are no stops on the airboat tour; you remain on the boat the entire time. It is very safe as well, as in, the alligators are not going to jump at you or anything like that.

Here are a few YouTube shorts from our airboat ride. FYI the sound of the engine is very loud.

Vegetation in the Everglades

The primary type of vegetation you will find in the Everglades is sawgrass, which is native to Florida. It is lining much of the waterways in this area. You will also see the bladderwort (small yellow flower), orchids, succulents as well as a variety of grasses, lichen, and algae.

In terms of trees, there are many types of mangroves (including black mangroves and white mangroves), cypress (bald and pond cypress), pine trees, etc.

Everywhere you turn, there are plants and trees that you don’t usually see in other places. That is because they love the marshy landscape, and you can only see them thriving in wetlands.

The first point of interest was Vulture Island where you can see two different types of vultures: the black vulture (fully black) and the turkey vulture (red-headed). We circled around with the airboat while our tour guide was telling us more about the inhabitants.

There were a lot of vultures in the trees, and we were able to get pretty close to them. I have never seen a vulture in real life, so I was amazed at how big they were.

Also, we saw a beautiful white egret walking through the water and looking for food.

As we continued getting further and further into the Everglades, we were finally able to spot an alligator. We actually ended up seeing a few swimming in the water. You can mainly see their eyes and a little bit of their face poking out of the water.

Our tour guide was able to get us pretty close to them and I was highly debating on taking one home. Just kidding – my dog would probably eat it!

We spend about 15 minutes driving around different areas trying to spot more alligators. I think we ended up seeing about four different ones. One of them, according to the tour guide, was close to 2 meters long.

On the way back, we saw an iguana lounging in a tree. I love seeing animals in their natural habitats, so this was a great experience.

Here are two clips from our alligator encounter:

Other animals that live in the Everglades

There are a lot of other animals that live in the Everglades that we didn’t end up spotting. Some of them are Burmese python, wood stork, Florida panther, American crocodile, manatees, frogs, turtles, fish, etc. A lot of the species are rare or endangered, so this habitat is crucial to their preservation.

Also, keep in mind the Everglades Park is enormous so getting to explore the whole thing is impossible in one day. Having said that, it is not guaranteed what animals you will see on your airboat tour. It also depends on which entrance you go through as well – there are 9 in total.

If you are staying in Miami, the Holiday Park will be the closest. If you enter from one of the other ones, you will probably have a similar experience but might see different animals on that day. However, it is estimated that over 200, 000 alligators live in the Everglades, so your chance of spotting one is pretty good.

Once we got back, we went to watch an alligator show. The facilities here take in and rehabilitate any wildlife and then return them to the wild once recovered. However, some of them are not able to safely be introduced back into their natural habitat and they remain on the property.

When I say an alligator show, I don’t mean alligators jumping through hoops or anything like that. It’s pretty much a guy who sits in a pit with a bunch of alligators in it and tells the audience more about those amazing animals.

He was really funny, and it was a very enjoyable show, which lasted about 15 minutes. He kept laying beside the alligators, and petting and talking to them like they were people.

Facilities at the park

After the show, you can walk through an area where they have some of the other inhabitants, including two albino alligators as well as a few snakes. Also, there were a bunch of baby alligators, an albino raccoon along with two little foxes.

They offer an option to get a picture of yourself holding a baby alligator. Unfortunately, because as I said, our bus driver was late, we kind of rushed through this part.

Inside the building, there are restrooms and a large gift shop though we didn’t have time to explore as we had to head back to the bus.

Other things to do in the Everglades

There are other activities you can do in the Everglades, but you will need more time. Some of them are diving, hiking, camping, canoe/kayak tours, adventure tours, night tours, etc.

If you do not have a lot of time and want to do the main thing, I recommend that you just do the airboat tour as we did.

Overall, it was a very interesting experience to see the beautiful Everglades which, by the way, are the only ones in the world. I was very excited about seeing the alligators as well as learning more about them and the other animals.

If you are anywhere near Miami or southern Florida, I highly recommend visiting the Florida Everglades and doing an airboat ride.

I am the Travel Addicted Unicorn and I have been blogging on my travel blog for about 3 years now. On it, I share my travel experiences as well as a lot of tips and tricks with my fellow travelers. My hope is to be able to help other beginner travelers, especially women who are just starting to experience the life-changing freedom of traveling, and to inspire them to get out of their comfort zone and see our beautiful world. 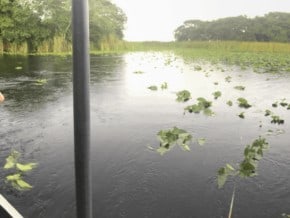 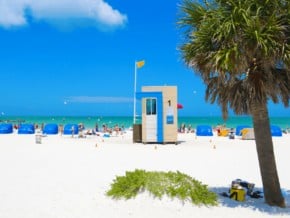 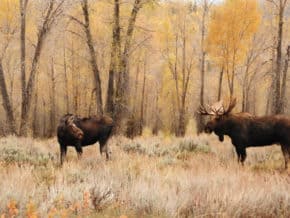