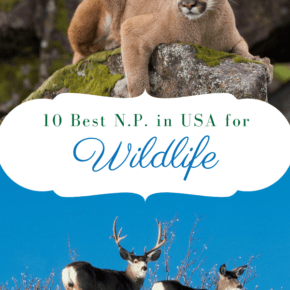 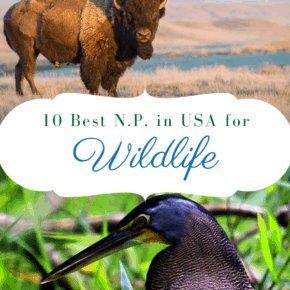 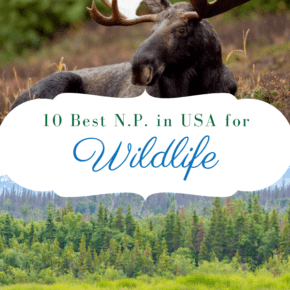 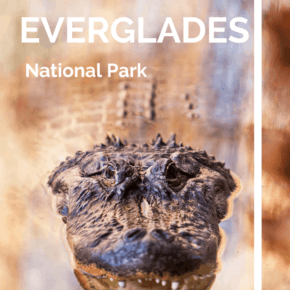 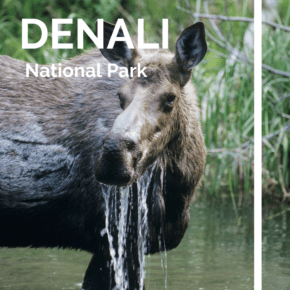 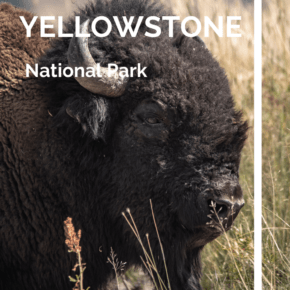 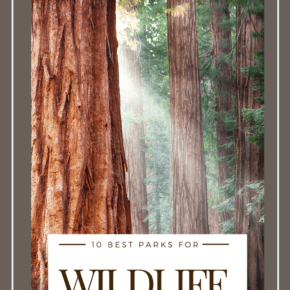 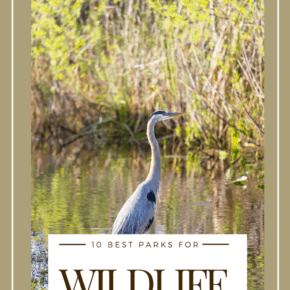 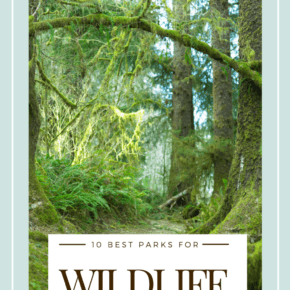 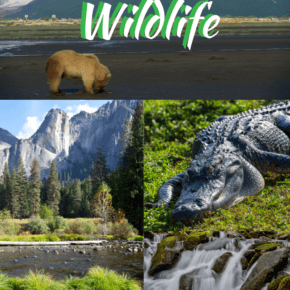 When it comes to spotting exotic animals, an African safari often comes to mind. But you don’t have to go so far, when there are so many amazing national parks for wildlife viewing. After all, America is far more affordable and easier to get to.

From snow capped mountain ranges to verdant rainforests, your next wildlife adventure awaits. No matter where you go in the country, you can have amazing wildlife holidays in the USA. But few places beat U.S. National Parks for wildlife viewing.

Here are ten of our favorite U.S. national parks, in alphabetical order:

Be it the grizzlies of Lake Clarke Park or whales at Resurrection Bay, most people agree that the 49th state holds the most intriguing variety of animals in America. Even if you’re just talking about birds, Alaska boasts of over 430 bird species and the largest population of bald eagles in the whole of the United States. Seriously, a wildlife safari in Alaska is as wonderful and wild as it can get.

Apart from an Alaskan cruise, the best way to see wildlife is to visit Denali National Park. Covering over six million acres (25,400 km2), you get everything from taiga to tundra, glaciers, forests and mountain ranges.

Denali is home to North America’s highest peak as well. Once called Mount McKinley, Mount Denali has become the park’s namesake icon. Hiking the hills around the mountain is one of the most unforgettable treks in the world and offers some of the most mind-boggling scenery on the planet.

ⓘ TIP:  The best place to see polar bears is in the small town of Kaktovik on the Northern Coast. This isolated spot gives a rare opportunity to observe polar bears at close quarters when they come to rest and feed on leftovers. And as a bonus, the village has maintained its Inupiat Eskimo traditions.

Home to the largest surviving tract of subtropical wilderness in the country, Everglades National Park, near Miami, USA, is spread over an astonishing area of fifteen million acres of swampy land. The park can be traversed by boat, canoe, bicycle and extended hikes on many of the scenic walking routes.

The section of Everglades along Tamiami Trail has a fifteen mile path for cycling and is the best way to explore the park at leisure. Some of the highly endangered species of animals often encountered here are the American alligator, manatee and the extremely elusive Florida panther.

The National Parks Service has are a number of night stay options inside the park. Campsites are spread over different areas like beaches and raised platforms.

Not to be confused with Glacier Bay National Park in Alaska, Glacier National Park shares a border with Canada’s Waterton Lakes National Park. Together, these two parks form one massive ecosystem that has been dubbed the world’s first “International Peace Park.”

You can have an epic experience with only a few days here (check out this itinerary!).

If you’ve always wanted to see grizzly bears in the wild, here’s your chance, either on land or on a whitewater rafting trip. With a larger area for wildlife to roam freely, it’s home to the largest grizzly population in the lower 48.

The beautiful and scenic Grand Teton National Park is known for its majestic mountain range, pristine lakes, and bountiful wildlife. It offers a wealth of picturesque spots for campers and hikers to enjoy.

This 26-mile long park lies just south of Yellowstone, so don’t miss it if you’re in the area.

This densely forested park is a favorite haunt of wildlife lovers. They flock here to spot some of the 65 different types of mammals found in the park, including the black bear. With a population of approximately 2000 animals, you stand a good chance of seeing one if you’re there early or late in the day, or while hiking the trails in the park!

Lying on the border of Tennessee and North Carolina, both states have a special spot where wildlife is frequently spotted. In Tennessee, Cades Cove (near Gatlinburg) is the easiest place to spot black bears. You have the best chance of seeing elk on the North Carolina side. The best viewing spot is at Cataloochee Valley (near Maggie Valley).

Tucked along the Pacific coastline in America’s northwest corner, Olympic National Park has a varied range of landscapes. Its ecosystems range from temperate rainforests to snowcapped mountains, meadows, and sandy beaches.

Naturally, that provides a home to a wide variety of animals. Sea otters, sea lions, and seals flourish along the coastline. You’ll see deers and bears if you hike the mountains, but the Roosevelt elk prefer the meadows.

This park also has some remarkable animals on the smaller side of the spectrum. This is the only place on the planet where the Olympic torrent salamander, Olympic snow mole and Olympic marmot can be found. And there’s also the banana slug, which can grow almost a foot (25 cm) long. That counts as wildlife, too.

With over 300 km of prime hiking routes, Redwood National Park is best explored on foot. Located in northern California, the park gets its name from the large number of tall redwood trees which are endemic to the region.

Each step will allow hikers to soak in the atmosphere of this vast reserve’s meandering rivers, fragrant woods, flowering prairies and rocky coastline. There is plenty to see for the wildlife enthusiast as well. It’s a haven for bird life, including the nearly-extinct Marbled Murrelet and the threatened Western Snowy Plover.

Roosevelt elk can be commonly seen in this area, but the star attraction by far are the killer whales. They migrate here in large numbers between the months of March and April. You can see them best on Golf Bluffs Beach and Crescent Beach Overlook.

North Dakota’s Theodore Roosevelt National Park is 260 miles north of Mount Rushmore. Named for our 26th president, this is where he spent his wilderness years and why it was established in 1978 in his honor.

The park is comprised of three separate units, far apart enough that it takes an hour and a half to get from top to bottom. Of the three sections (the north, the south, and Elkhorn Ranch in between), the south unit has the most abundant wildlife.

Whoever composed the folk song “Home on the Range” may have had this park in mind. It is one of the few that feature American prairie habitats and wildlife. Bison graze on the range, prairie dogs pop out of holes in “towns” to watch for predators, and wild horses are protected, roaming free.

If you only had time to visit one, Yellowstone is the best National Park to visit in America. As the oldest national park in America, it is easily the most-loved.

Covering approximately 3,500 square miles (9000 square km), Yellowstone is one of America’s UNESCO world heritage sites. It lies in the massive crater of an extinct volcano and has a wide variety of natural features, from steaming geysers to dramatic mountains and verdant forests.

Many consider it to be the greatest place to see the biggest North American animals, as the park is home to nearly 60 mammal species. If you ever want to go on a national parks wildlife safari, this is the place for you. Yellowstone offers some of the best wildlife viewing experiences in North America, and you can easily see many animals from the comfort of your car.

If you’re a photographer, it’s likely you’re already aware of the phenomenal black-and-white images of Yosemite that Ansel Adams captured in the early 1900s. Established in California in 1864, this 2000 square kilometer UNESCO World Heritage site of raw wilderness is known for its awe-inspiring beauty.

Visitors throng here for the scenery and to get up close to a mix of eclectic wildlife. A free shuttlebus can take you to the most notable spots. The park’s iconic spots include El Capitan, Half Dome, and Ribbon Fall, the longest single-drop waterfall in North America.

Yosemite National Park is haven to some of the most endangered species of mammals in America. Your best chance of seeing them is away from the roadway, such as on one of the many paths or on a camping trip. Some take a mule ride or a horseback riding adventure. Others hire a bicycle to get around or just explore the park on foot.

One thing’s for sure: America has a lot to offer nature lovers. These handpicked destinations only scratch the surface of the national park wildlife that you can see. Despite any number of videos and pictures showcasing the wild denizens of this continent, nothing compares to witnessing them in reality.

With only the very best that nature has to offer, you need to make a beeline for an unforgettable holiday in the land of the free and home of the brave. 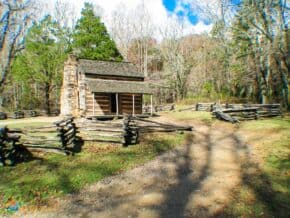 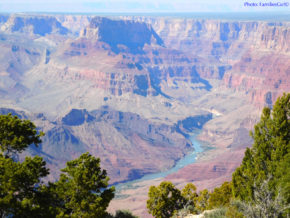 5 Things to Know About Visiting the Grand Canyon 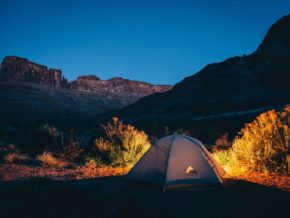