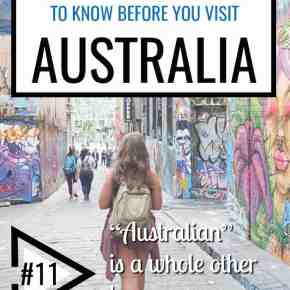 Need a few reasons to visit Australia? The country is famous for its beaches, laid-back lifestyle and unforgiving outback. It’s the driest and most inhospitable continent; which makes it also the emptiest!

Even though much of Australia’s beauty is in the main tourist hotspots, there’s plenty of astounding things to see elsewhere as well. Each coastline has an immense beauty of its own. There are tons of off-the-beaten-track things to do, quite literally. (Very seriously consider exploring Australia in a four wheel drive!) Plus, Australia has the craziest wildlife going.

If you’re visiting Australia, these articles will help you find more fun things to do:

But there are a few things you should know about Australia before visiting. These will help you prepare for the harsh climate and the culture of life down under!

Table of Contents show
1. The country has a harrowing past
2. The middle really is a whole load of nothingness
3. The prices are high
4. if you know some tricks, it’s very easy to live cheaply
5. The best of Australia is not in the cities
6. Road tripping Australia is the best way to see the country
7. Lots of animals can kill you… but it’s rare that one actually does
8. There’s a hole in the ozone layer. Pack sun cream.
10. Australia does get cold sometimes
11. “Australian” is a whole other language… and all the words end in ‘o’
12. For a country that really likes its beers, alcohol laws are very tight
13. You will become addicted to coffee
14. There’s so much more to the country than the tourist hotspots
Travel planning resources:
Read more
Want to read this later? Save it to Pinterest!

1. The country has a harrowing past

The history of Australia makes me deeply ashamed to be British. The Aboriginal people suffered enormously at the hands of imperialists, with massacres, land stolen and children being taken. It’s heart-breaking to know how these people’s lives were destructed by settlers, and I believe it’s every traveller to Australia’s duty to educate themselves about what happened and learn how to travel in a way that respects its surviving indigenous community.

Just one example of how you can do this is to respect ancient Aboriginal sights, such as the famous Uluru by recognising them as sacred grounds and treating them how you would treat any religious building or monument.

2. The middle really is a whole load of nothingness

Whether you’re doing a trip through the red centre or driving across the Nullarbor, you’ll be met with a lot of nothing while travelling Australia. Parts of the country are completely inhospitable, and great care needs to be taken when visiting them – take way more water than you think you need and a very reliable vehicle! Distances in Australia are longer than you think and destinations to get supplies few and far between; so make sure you plan accordingly.

3. The prices are high

Coming from China, the Australian prices were pretty shocking. You can pay over $40 for an 8 bed dorm room in the big cities, drinks can cost up to $15 for one and meals out can easily set you back $50… It’s not easy to do any of the big cities like Sydney or Melbourne on a budget.

4. if you know some tricks, it’s very easy to live cheaply

However, it is very possible to road trip Australia on a budget. Wikicamps is a fantastic app that locates free campsites, which are in abundance in Australia – and where, thanks to the mostly warm climate and somewhat little rain, it is very feasible to camp.

Food bought from the supermarket can sometimes be cheaper than European prices, and other times expensive, but a lot of ‘budget friendly’ meals can be made. Coles and Woolworths are Australia’s big chains, and more and more Aldis are popping up. Only purchase food from an IGA if you’re planning on re-mortgaging your house.

The famous goon costs between $7 and $12 for 3-5 litres of boxed wine. It’s kind of vile, but it can be mixed with lemonade or coke for a better flavour and still serves as a drink. Bottled wine can be bought from as little as $5 too.

A lot of attractions in Australia are free too; like a lot of national parks on the East Coast, various art galleries and towns with natural and manmade wonders.

Australia can be cheap if you know the tricks of the trade.

5. The best of Australia is not in the cities

Sure, there’s the opera house of Sydney and Melbourne’s street art, but the huge majority of Australia’s beauty is in its small towns and countryside. The entire state of Tasmania – which was the butt of mainlanders’ jokes for years until they realised it may be the most beautiful state of the lot – is absolutely incredible.

Other unreal things I’ve seen in Australia are the Great Australian Bight, spectacular sunsets over the Indian Ocean in Western Australia, breath-taking gorges in the North West and countless jaw-dropping beaches and bays. The cities are fine, but they’re modern, and really, they could be anywhere in the world.

6. Road tripping Australia is the best way to see the country

So how do you see all of this nature? On a road trip, of course! Road tripping in Australia is a fun, unique and budget-friendly way to see the country. As previously mentioned, you can make use of Wikicamps for free accommodation, stock up your car with tins and chase down endless country roads and beach paths for an unforgettable experience.

The distances are large, but there’s always hidden gems to see on the way. You can choose from renting a car or van or buying one yourself. If you’re going to be road tripping for more than two months, I’d recommend buying a car yourself and selling it on afterwards.

7. Lots of animals can kill you… but it’s rare that one actually does

If there’s one thing that everyone knows about Australia, it’s the amount of killer animals lurking on the island. From venomous snakes to deadly spiders to box jellyfish to the entire cast of jaws, it’s a wonder anyone visits this island and survives.

But Australia doesn’t really deserve its ‘deadly’ reputation. There’s only one death from a snakebite every year, and that’s normally by someone who tried to do something foolish like pick the snake up and then didn’t go to the hospital to get treatment (if you see a snake, the magic trick to avoid being bitten is to leave it alone. Snakes only bite if they feel threatened!).

There hasn’t been a spider-bite related death since 1979, you’re not allowed to go swimming in seas with lots of box jellyfish and there’s no more shark related deaths than any other country with an extensive coastline.

Obviously take the necessary precautions, but your chances of coming to a disastrous end because of Australia’s wildlife are tiny.

8. There’s a hole in the ozone layer. Pack sun cream.

In my opinion, Australia’s biggest danger is lasting skin damage caused by the intense sun. Even when Australia doesn’t seem that hot, the sun is fierce.

I got burnt in Byron Bay after being in the sun for ten minutes and resembled a lobster for a week – I couldn’t even sit down without wincing for three days straight. Put the SPF 50 on, even if you never do anywhere else. In Australia, it’s important!

10. Australia does get cold sometimes

When you think of Australia, endless beaches and sunny days for eternity probably spring to mind. While the land Down Under does have plenty of those, it can get pretty chilly too – especially in the South in the winter.

Melbourne is unpredictable – it can reach highs of 40 degrees in the summer but by March, can be around the 15 degree mark and plunges well below 10 in winter (June to August).

Sydney is a little warmer, but it rained for the whole month of March this year and winters can be nippy.

Perth is a bit warmer, with winter temperatures averaging around 17 degrees.

But if you want an endless summer, chase the sun by heading up to the tropics – places like Broome, Darwin and Cairns – for the winter months (it is also dry season in these places, so is the perfect time to visit) – and leave the Southern parts of the country for the Aussie summer.

11. “Australian” is a whole other language… and all the words end in ‘o’

I was baffled when I first got to Australia. ‘Rego’, ‘Scripto’ and ‘Bottleo’ are all very legit words used in daily conversation. Australian slang is baffling to me and it definitely takes some time to work out what on earth people are saying – and I can’t imagine what it is like for someone who’s not a native English speaker!

12. For a country that really likes its beers, alcohol laws are very tight

Alcohol isn’t sold in supermarkets in Australia, but rather in separate bottle shops. They also have strict laws in nightclubs, particularly in New South Wales, where shots aren’t sold after 11pm and double spirits are strictly not allowed.

Bouncers are really strict about drunk people trying to get into clubs and seeing people with drink in the queue; if they catch you, even if you have no intention of taking the drink in, you won’t be allowed in.

13. You will become addicted to coffee

I’d never had a cappuccino before I came to Australia. Now I (regrettably) have one nearly every day.

If you’re visiting Australia, you must try their coffee – amongst the best in the world – and if you’re anything like me, you will develop a constant craving for it – it’s part and parcel of travelling in Australia!

14. There’s so much more to the country than the tourist hotspots

Western Australia is one of my favourite places in the world, and it’s so rarely visited by tourists, and even less by backpackers. The whole state is packed full of immense beauty and hardly any traffic or people! Other spots that deserve more attention are Tasmania, South Australia’s coastline and the Northern Territory’s national parks.

Basically every state in Australia has immense beauty and intrigue, and while the East Coast is absolutely stunning, there’s so much more to this country that few travellers see!

Here are some related books and articles:

Claire is a British travel blogger on a mission to see the world. She has roots in China, Guatemala and Australia; the latter which she is currently exploring. Follow her overland adventures and eco-travel tips on Claire's Footsteps (her blog), facebook or instagram! 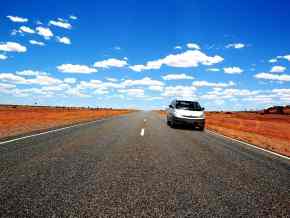 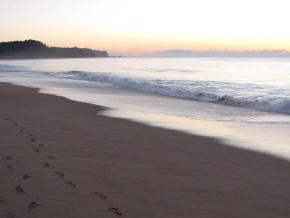 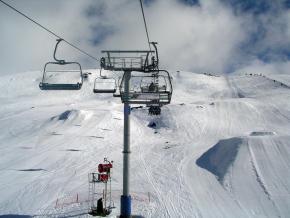 4 thoughts on “14 Things You Should Know Before Visiting Australia”