Places to stay during your trip

We have had the pleasure of cruising the Rhine Gorge on two of our river cruises (Rhine Getaway and Grand European Tour). Let me tell you: Cruising the Middle Rhine Valley in Germany is not to be missed. Be prepared for a day full of German castles, legendary stories, and lots of photo opportunities. (Can you say Loreley Rock?).

Nowhere else in the world will you see as many medieval castles in one place as you will on this unique stretch of the Rhine. No wonder the Middle Rhine Valley is a UNESCO world heritage site. 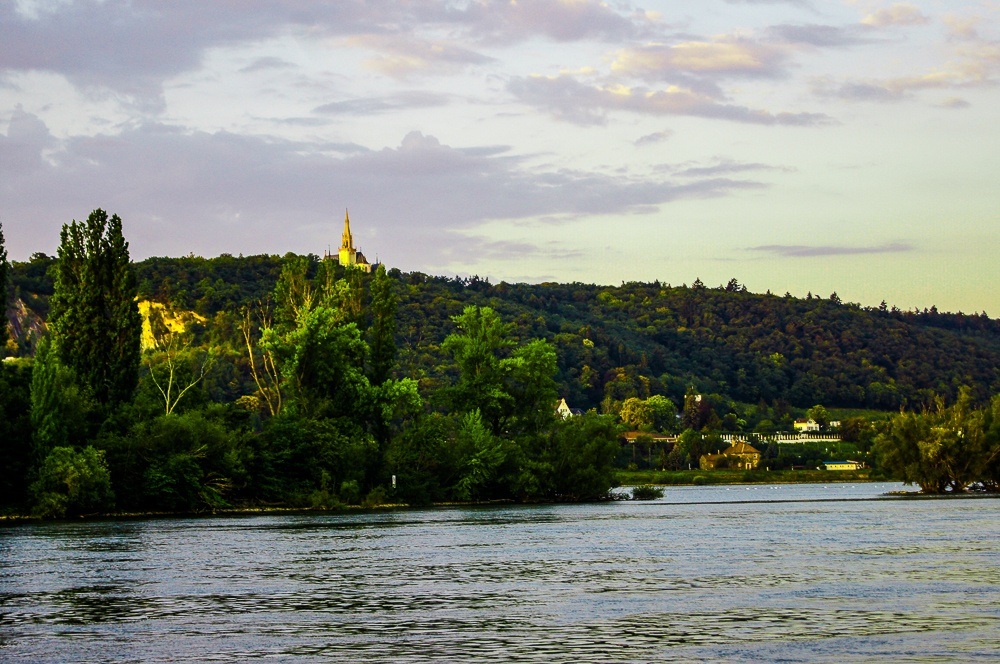 On our Rhine River cruise, we woke up just before our ship left Rüdesheim. The view from our window was idyllic, with clouds tinged a light apricot. The church across the water was bathed in a soft glow.

This was the stretch of river we’d been most looking forward to: the Middle Rhine Valley, with castles at every turn, beautiful vineyards, charming villages and the Lorelei Rock. 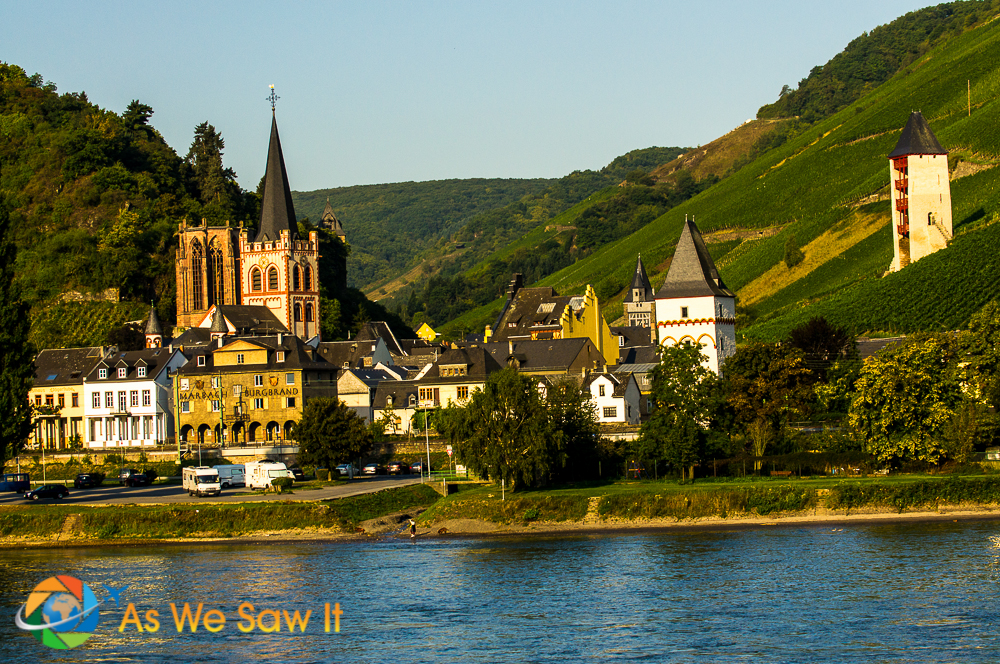 It took twice as long to finish breakfast because we kept getting up to run to the lobby, where balconies on each side gave a clear view of the picturesque riverbanks. The Program Director gave an interesting commentary about the towns, castles and other interesting sights as we went along, and reminded us that this is a prime wine-growing region. 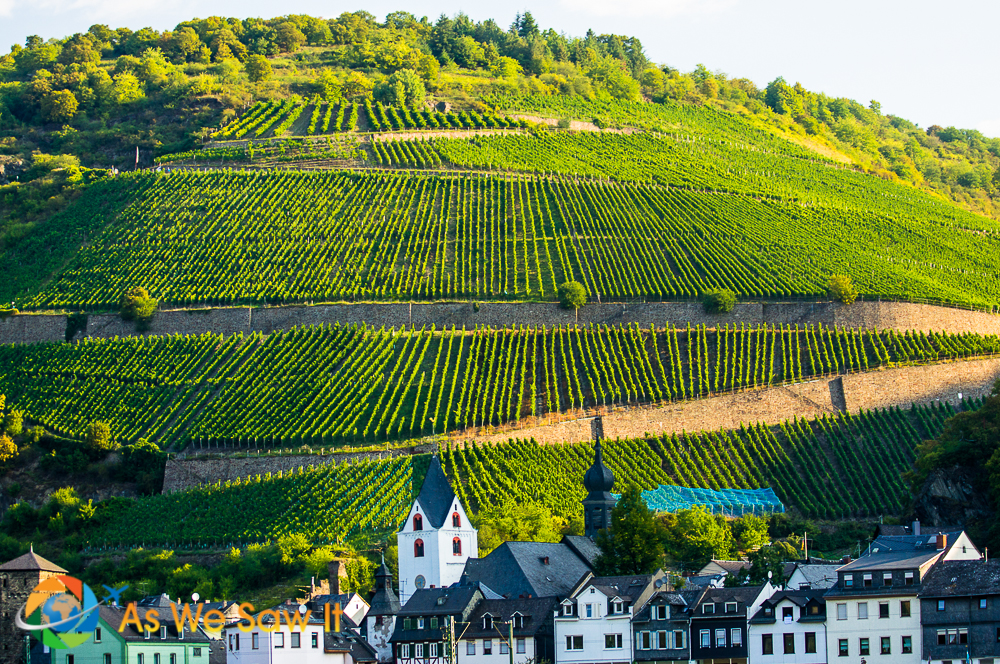 As soon as we finished eating we ran up to the sundeck, where other cruise passengers were enjoying the view and the perfect weather: clear, warm, sunny and breezy with only a scattering of fluffy clouds in the sky. 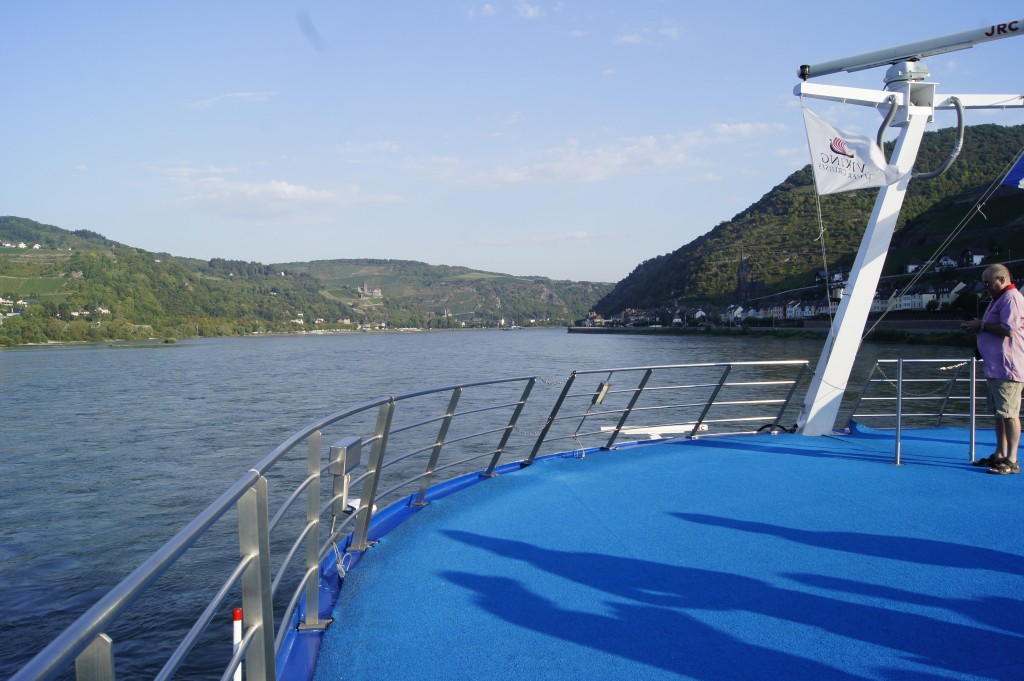 The castles and ruins we saw along the Rhine were more than just residences, back in the day. Their owners realized that the Rhine River was a valuable source of income and wisely capitalized on the opportunity, setting up toll booths along the river.

During the millennium leading up to 1800 AD, 79 different locations collected tolls along the Rhine. Since it was the major thoroughfare for western Europe during that time, the ships had no choice but to pay. This made the Holy Roman Empire very happy, as these tolls were a major source of their income.

About an hour and a half after we set sail we passed the Lorelei Rock. This is a huge, slate rock that rises 400 feet straight up at a very hazardous point at the river. The Lorelei legend was made famous by a poem by Heinrich Hesse. According to the legend, the beautiful siren Lorelei would sit atop the rock and sing. Sailors would be distracted by the nymph’s hypnotic singing and not pay attention to their work, and their ships would be destroyed on the rocks below. 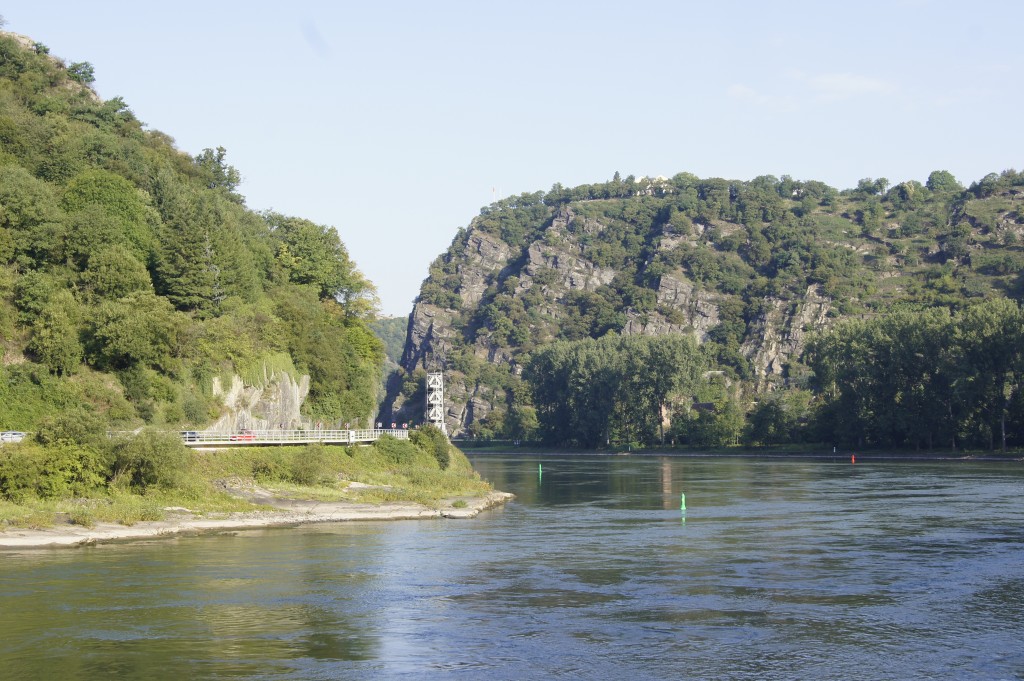 It’s true, many ships have fallen victim to the jagged rocks in the narrow, winding gorge in days gone bye. No need to worry now, though. They’ve widened it to make it safer.

A while after we passed the rock, our ship docked in Braubach. Passengers had the choice of exploring the town or visiting the best-preserved medieval castle in Germany.

Are you wondering which tour we chose? Here’s a hint: I have an article about Marksburg Castle that you will enjoy. 🙂