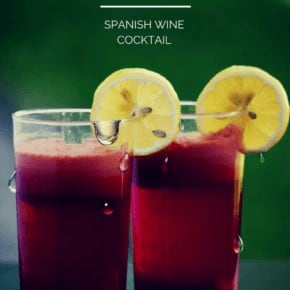 I was introduced to tinto de verano on our first evening in Madrid.

Having asked the waiter to bring whatever liquid refreshment he recommended, I was a bit taken aback when be brought out a small glass with ice, a 4-ounce carafe of red wine and a small bottle of some sort of clear, fizzy drink. That did not look at all appealing. Here I had been expecting him to bring out a glass of whatever flavorful local red wine he recommended – hopefully one of Spain’s famous Riojas – and I was getting ice?

Well, far be it from me to refuse to try something different, especially after asking him for his advice.

“You mix the two together in the glass. The flavor changes depending on how you mix it. Try different ways and see what you like. I will come back to see what you think.” He nodded and walked away.

What is tinto de verano, anyway?

Literally, tinto de verano means “red wine of summer.” Think of it as a red wine spritzer similar to sangria—except in Spain, it is much more popular! You’ll find tinto de verano at most parties, festivals, and local bars.

The difference between tinto de verano and sangria is that traditional sangria includes a variety of fruits as well as ingredients such as brandy and sugar or simple syrup. Whereas tinto de verano is much less complex and is made of red wine, a fruity soft drink, and ice.

Well, it certainly looked refreshing. I examined the label on the fizzy drink in question: La Casera gaseosa. Nope, didn’t look familiar, so … I poured half a glass of red wine and filled the rest with this gaseosa stuff and took a sip of my icy creation. It was slightly sweet with a strong grape flavor and just a hint of red wine. “Oh, wow,” I told Dan, “I think I like this more than sangria.”

He looked at me, doubtful. “Try it,” I offered. Like me, he loved it at first sip. I made a mental “Note to Self:” Learn how to make tinto de verano. And order it again.

ⓘ TIP: If you’re on a budget, forget the sangria and order tinto de verano instead. Spaniards know tourists are familiar with sangria, so they sell it in restaurants at a higher price. Not only is tinto de verano far more affordable than sangria, but it’s also easier to drink in volume.

It turns out that making tinto de verano is far simpler than making sangria. It contains only two ingredients, if you don’t count that it is served over ice and sometimes garnished with a slice of lemon.

To make tinto de verano, you simply mix 1 part of red table wine and 1 part gaseosa. Start with equal parts, then adjust to taste. Any red table wine will work (mine was rioja, a Spanish wine that’s made from cabernet sauvignon grapes). So will any gaseosa.

Gaseosa is a general term for carbonated drinks. The preferred mixer is La Casera, a lightly-sweetened, lemon-flavored soda. The best La Casera alternative is Sprite.

In the US or UK, La Casera is available on Amazon.

What kind of wine? It is really not important what variety of red wine you use. Just keep in mind: If you wouldn’t want to drink the wine on its own, then don’t use it in a punch or cocktail. You don’t have to use your best wine, just use a decent table wine. (You don’t want to end up with a bad hangover, do you?)

There’s also a variety of tinto de verano made with orange soda, though I imagine it would be much sweeter. Then again, there’s no accounting for taste, because Spaniards also mix red wine and cola. Fortunately for us all, that one goes by a different name! 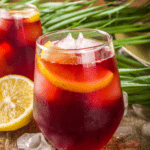 Red Wine: Any red table wine will work, including rioja, garnacha (a Spanish grenache), or pinot noir. Make sure the wine is drinkable on its own — otherwise you won’t enjoy it!
Casera: If you can’t find Casera, you can use any lemon-lime soda, such as Sprite, 7-Up, or a mix of lemonade and soda water. You can also turn it into a tinto de verano con naranja by using orange soda instead.
Citrus: Tinto de verano usually contains orange or lemon slices. If you want something more fruit-forward, go for sangria. Optional: You can also add a splash of vermouth or rum if you want to fortify the drink, though most people don’t.

Where to find tinto de verano in Spain

It didn’t take long to discover that tinto de verano is available everywhere in the summertime. When I asked a bartender at a Madrid tapas bar if he served tinto de verano, he looked offended. “Of course!” he responded, and rolled his eyes. Maybe he was shocked that I would think otherwise.

Me, the clueless tourist.

In any case, tinto de verano would make a refreshing alternative to sangria or wine the next time we have a party or sit by the pool. It’s far more common at Spanish parties and bars, lower in alcohol and calories, much more affordable than its touristy sangria cousin, and a lot easier to make. 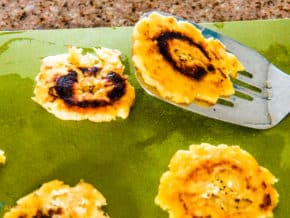 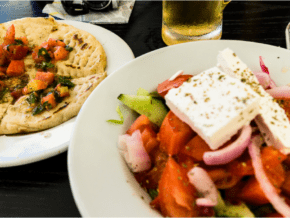 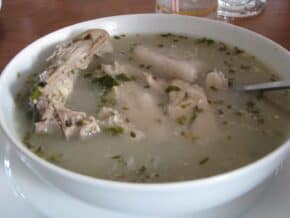