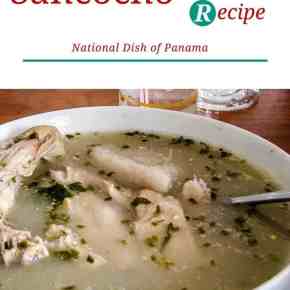 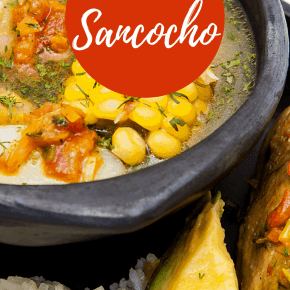 Hungry for a taste of Panama’s national dish? Cozy up to a bowl of Panamanian sancocho, also known as sancocho de gallina Panameño. Or in other words, Panamanian chicken soup.

Sancocho is a delicious, filling, and economical dish that gets its distinct flavor from chicken, an herb called culantro, a bit of corn on the cob, and starchy vegetables such as ñame, yuca, plantains, otoe and yams.

I’m not sure if hot food really cools you off, but heat is one of the many things that Panamanian sancocho is said to remedy. Well, of course, chicken soup is mama’s cure for all ills, worldwide.

Here in Panama, they also claim it helps to cure a hangover, and that may be true. It wouldn’t surprise me if that was one of the reasons why it’s eaten so often. After all, the local Abuelo rum is cheap.

No matter where you travel in the world, chicken soup has a reputation for making people feel better. And it doesn’t matter if it’s Grandma’s traditional Panamanian sancocho, made from scratch, or if it’s just a store-bought can of Campbell’s Chicken Noodle Soup.

Our first experiences with Panamanian sancocho

I first tried sancocho at a little restaurant we found while we were wandering through Casco Viejo, Panama’s old town. I kind of felt like I had to, since it’s Panama’s national dish. As soon as I saw the fresh culantro herb floating around on top, I figured it would be good. I wasn’t disappointed.

Then we went on a day trip to visit the historic Camino Real, which lies on the outskirts of Panama City. Our guide brought us to a remote village, where we were served a home-cooked campesino meal. They had prepared a delicious lunch of traditional foods, cooked over an open fire on their community stove.

For me, the meal highlight came from a mega-pot of sancocho de gallina that had simmered on the stove for hours. Judging from their isolated location, they hadn’t run down to pick up the meat at the corner store. it was obvious that the chickens in the pot had been running around earlier that morning. No wonder the other birds kept their distance from us!

Every sancocho recipe is a little different, depending on the region and the chef. The color and flavor can vary a lot, anywhere from light brown to bright green, yellow, or orange.

The ingredients in the soup can vary in many ways, but all the varieties they serve in Panama share one characteristic: They are rarely spicy. We may be in Central America but unlike Mexicans, Panamanians aren’t very fond of picante foods. Sadly, that means that there aren’t many hot peppers to be found in the grocery stores either. When we crave anything besides jalapeños and habañeros, it takes a trip to a specialty grocery to find them.

As for the regional differences in Sancocho recipes,

By the way, if you’re lucky enough to be served a bowl of the soup that was cooked cook over an open fire, your sancocho will pick up a hint of the smokiness. That adds another layer of flavor.

Maybe one reason sancocho has become Panama’s national dish is because it’s so incredibly simple to make. The most time consuming part is peeling the root veggies.

The recipe for sancocho that we are sharing below serves about 6-8 people, depending on the amount of vegetables you use. To eat it the Panamanian way, it should be accompanied by a side of white rice. Panamanians will either mix the rice into the soup or take a bite with each spoonful.

Sometimes the soup is also accompanied by patacones. Super yum. 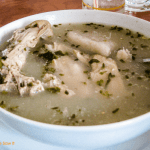 * If you can’t find culantro, chopped cilantro leaves and stems can be used.
**Any root vegetables can be used in a pinch, including potatoes, parsnips, turnips, and carrots.
Tip: Add more vegetables to serve more people.
And don’t worry if you can’t eat it all right away. Sancocho is one of those soups that only gets more flavorful with time. It also freezes well.

Is culantro the same as cilantro?

Culantro and cilantro are different plants, although they have a similar aroma and flavor. Culantro has long, serrated leaves similar to long-leafed lettuce, while cilantro has wide, feathery fronds. Also, culantro has a stronger flavor and only its leaves are used in recipes. (Cilantro seeds are known as coriander.)

Panamanian sancocho gets its unique flavor from culantro. If you don’t have culantro you can substitute fresh cilantro, but you will have to adjust the amount.

Even if you haven’t always harbored a secret desire to sample yucca or ñame, here’s your chance to be a bit adventurous in the kitchen. If you’re a daring cook, consider this a perfect opportunity to try a new veggie or two, because now you finally have a recipe that explains how to prepare it.

Please come back and rate our recipe after you make it! 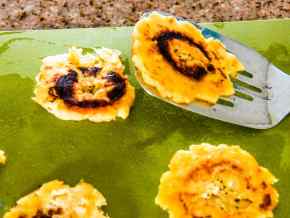 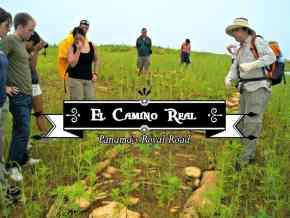 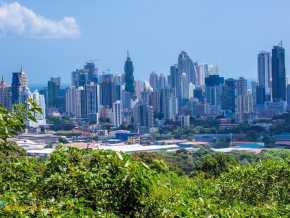