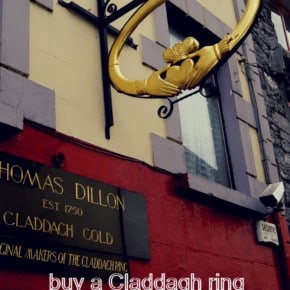 When we decided to spend two weeks in Ireland, we kept a long-standing promise to take our eldest son along. He was nuts about the Emerald Isle and had wanted to visit for decades.

“Dublin and Blarney are already on our list. What else do you want to do there?”

“I want to drink an Irishman under the table,” Jimmy retorted.

“We can’t help with that one,” Dan responded with a smile. “What else?”

“I want to buy a Claddagh ring in Galway,” he said. “And I also want to meet our family.”

When Dan’s great-grandmother emigrated to the U.S. a century ago she left her family behind in Clifden, County Galway. The largest town in the Connemara region, Clifden has been called one of the most beautiful, unspoiled places in Ireland.

Dan’s aunt and grandmother had met the Clifden clan a few years before and they assured us that we would be welcomed with open arms. So we planned our itinerary to include a few days in Galway to meet our Irish cousins, to explore the surrounding region, and to buy Jimmy’s ring.

What is a Claddagh ring?

The Claddagh ring (or fáinne Chladaigh in Irish) has an interesting history. It originates from a fishing village near the shore (claddagh) of Galway City. It shows two hands holding a heart that wears a crown and is traditionally given as a token of friendship or love. Its popularity took off in the 1800s when Queen Victoria began wearing it, as later did Queen Alexandra and King Edward VII.

For many, the traditional Claddagh ring is more than just a piece of Irish jewelry. It also symbolizes pride in one’s Irish heritage. Jimmy had that in spades, so of course we had to visit the original manufacturer to buy his ring!

Dan had never heard of a Claddagh ring, but once he understood its significance, he wanted to buy one for me as well. The ring pretty much sums up our marriage relationship: two hands (friendship) clasping a heart (love) and surmounted by a crown (loyalty).

How to wear a Claddagh ring

Exactly how to wear a Claddagh ring varies, depending on your relationship status.

Claddagh rings come in both men’s and women’s styles, and they can be made from gold or sterling silver. These days, you can find Claddagh jewelry as earrings, bracelets and necklaces as well.

Buying the Claddagh Ring in Galway

The royal rings were made and supplied by Dillon of Galway. Now known as Thomas Dillon’s, they are the oldest jeweler in Ireland and hold a Royal Patent. As they have been making the ring since 1750, they say they are, “the only Jewellers that have the right to have “ORIGINAL” stamped on our claddagh rings.”

Anyway, the shop is more than a jewelry store. It also contains a free museum. Besides cases of gold and silver rings, the museum also has historical memorabilia, a display with some of the oldest (and most unique!) Claddagh rings in existence and a collection of photos from the owner’s private collection of Old Galway. The Dillon’s website proudly states, “it has been described as ‘the smallest museum in Europe with the biggest gift shop’.”

Well, I don’t know about that. All I can tell you is that we spent a lot of time looking around the museum. So I guess Jimmy had a good idea after all.

Galway was a nice contrast to the three days we had just spent on the Dingle Peninsula, and both had plenty of Irish craic. We stayed at a B&B in Salthill, a seaside area of the city that had a tourist-friendly shopping area with plenty of pubs and eateries.

We arrived in town late and ended up at the Oslo Bar, enjoying dinnertime with a couple of Belfast Blondes and a Galway Hooker. But it’s not what it sound like … those two microbrews inspired lots of laughs as we played with how to abuse their names on future Facebook status posts.

Tip: If you want to enjoy live trad music in a pub, arrive early or you may not find a seat.

The next morning, we beelined straight to Dillon’s Claddagh ring shop. With the exception of a few delivery vehicles, much of the area is a pedestrian shopping area, so we took advantage of it after making our purchases. We enjoyed meandering about the cobbled streets, admiring the colorful buildings, and overhearing the Irish lilt of passersby in the mundane atmosphere of locals on their daily errands. Thank goodness it hasn’t become a tourist trap!

To me, a Claddagh ring is the perfect souvenir of Ireland. Whenever I wear it now, I remember Jimmy and the wonderful time we spent exploring the Emerald Isle together.

Get Your Guide offers dozens of affordable Galway adventures, everything from a day trip to the Burren + Cliffs of Moher to an Irish food tour. 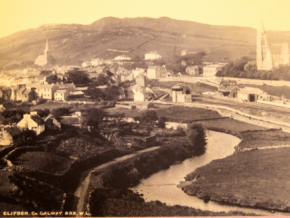 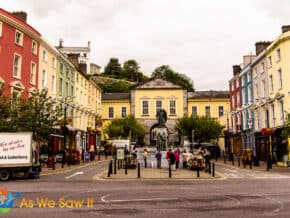 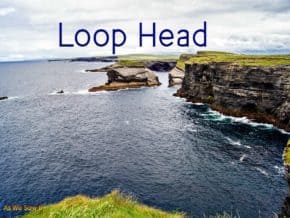 13 thoughts on “Buying an Irish Claddagh Ring in Galway, Ireland”