Is Blarney Castle Worth the Hype, or a Bit o’ Blarney Itself?

Kissing the Blarney Stone is one of those iconic things every visitor to Ireland is expected to do, and that is precisely why I didn’t want to do it. Legend has it that the kiss gives you a little bit of blarney and you’ll become a smooth talker.

Yeah, right. Truth be told, we only had 10 days in Ireland and I wasn’t interested in wasting a day in Blarney on our way to Dingle. I didn’t even want to stop in Blarney. I was convinced that our limited time could be better spent in some less-touristy destination. And yet, I knew our son Jimmy wanted to go, so I bit my tongue.

The things we do for family. 🙂 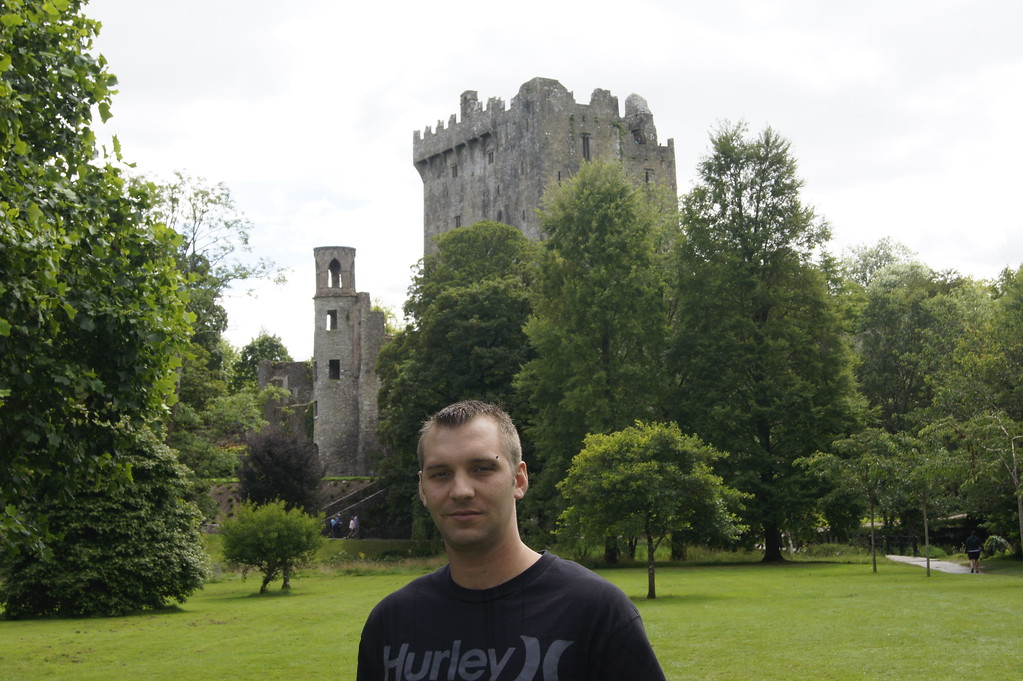 Our picturesque drive from Cobh to Blarney didn’t take long. The highway was good and we drove through some nice farmland. When we arrived at Blarney itself, I was surprised at how small it actually is, Actually, we only found two pubs, both on the large central town square. Oddly enough, only one seemed big enough to handle tour bus crowds. I’m guessing they must turn quite a good profit during tourist season.

Getting to Blarney Castle

It’s easy to see Blarney Castle’s imposing tower from downtown, but to us it appeared to be far enough away that it would be easier to drive there. That is another little bit of blarney. Ha – joke was on us. After a number of wrong turns we discovered that the entrance was just catty-corner to where we had parked on the square. It just looked far away because of all the land and gardens surrounding it.

It would have been far easier if we had walked. 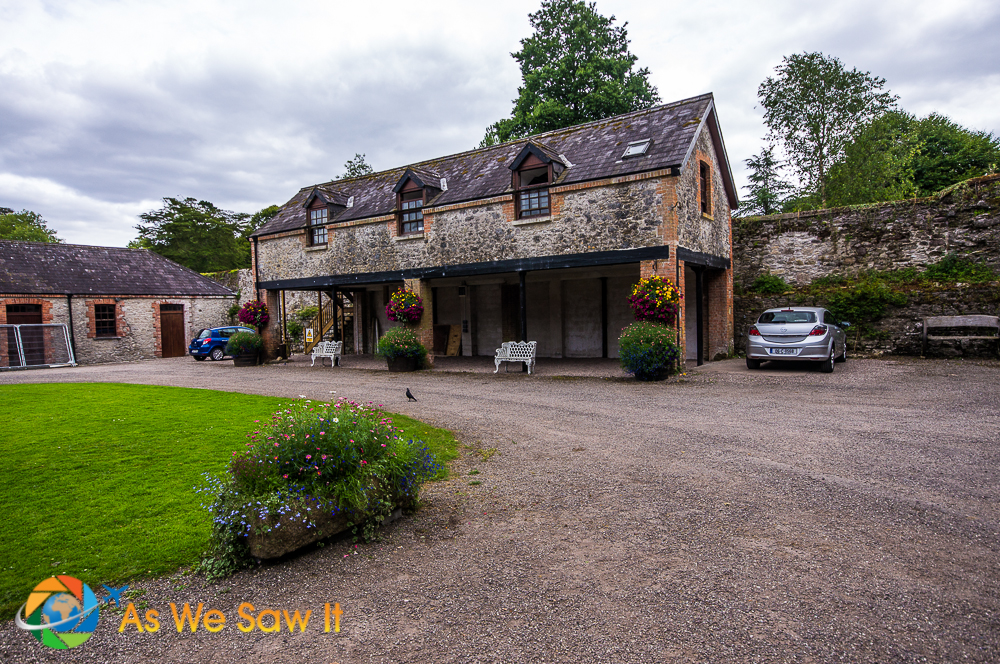 The path leading up to Blarney Castle was lined with flower beds and a pond. Some were themed gardens, like Fern Garden, designed to feel like a tropical jungle. My personal favorite was Poison Garden, beside the battlements, with its fascinating collection of toxic plants like deadly nightshade, wolfsbane and poison ivy.

I don’t know why, but we were surprised at how beautifully landscaped and extensive the grounds are.

But not the castle itself. After having been uninhabited for centuries, it no longer has a roof. Still, most of the walls are intact, which means there are intriguing rooms to explore on the way up to the top, especially on the lower floors. And you have to go to the top, because that is where the actual Blarney Stone is.

However, if you have knee problems, consider yourself warned. There is only one way up: via a narrow spiral, stone stairway. You’ll have to navigate another tight, steep flight going down. If you don’t let that deter you, you’ll be rewarded with an incredible view. 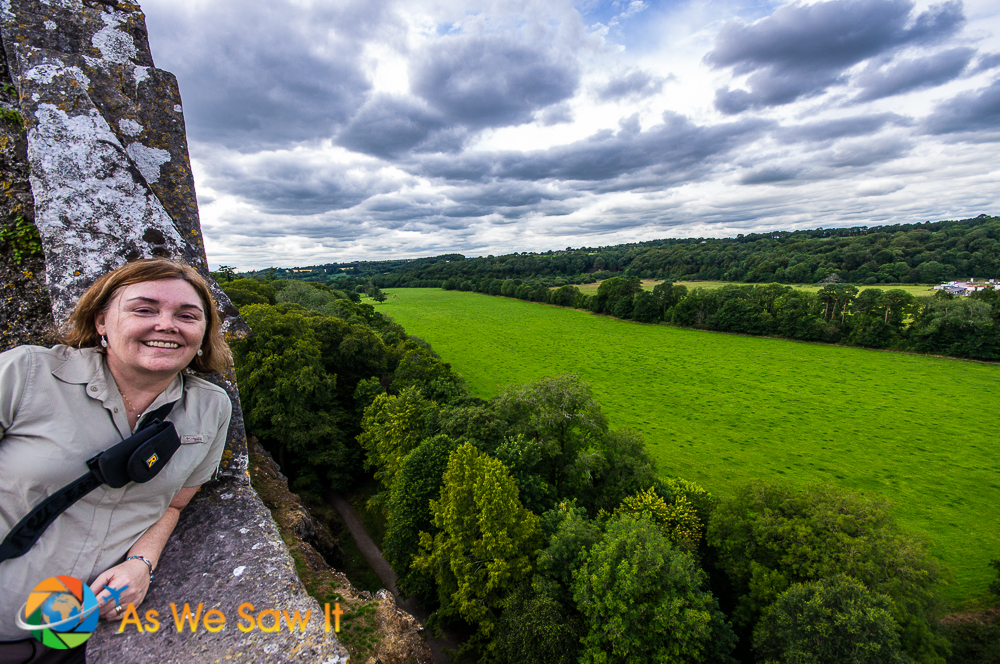 Legend of the Blarney stone

There is no end of stories to the origin of the Blarney stone. It’s been said that Jacob used it as a pillow (Genesis 28:18) and the prophet Jeremiah brought it to Ireland. A slightly more credible tale is that Queen Elizabeth I requested Cormac Teige MacCarthy, the Lord of Blarney, be deprived of his traditional land rights. Cormac, who wasn’t an effective speaker, met an old woman who told him that anyone who kissed a particular stone in Blarney Castle would be given the gift of eloquent speech. Cormac went on to persuade the queen that he should not be deprived of his land. After that, anyone who visited asked to kiss the stone, hoping for the same result.

Whatever. I was there, so I was going to kiss it, too. If I had to spend a whole day at Blarney Castle, I at least wanted to say I had done that! 😉

Dan waited on line with Jimmy and me but he had absolutely no interest in kissing a germ-infested rock. I was slightly reassured when I saw a bottle of spray cleaner next to the attendant, but I didn’t ask him to sanitize before my turn came. I figured that putting my lips on chemicals might not be any safer.

Sit down. Reach behind you and grab onto the rails on each side, thumbs down. Lean back. Drop your head back. Lower. Still lower. Kiss. “Sit up, now. Are you all right, my dear? Fine, then, off you go.”

Next thing I knew, I was being handed a numbered slip that I could take downstairs, where I could purchase my very own souvenir photo of me kissing the cold, dry, well-worn stone. It felt a little Disneyland-esque with their special camera setup, artfully designed to catch every Blarney smooch. What isn’t in the photographs: a sign informing visitors that they are only permitted to take personal photos from one direction, which (quite inconveniently for me) is directly behind the attendant. 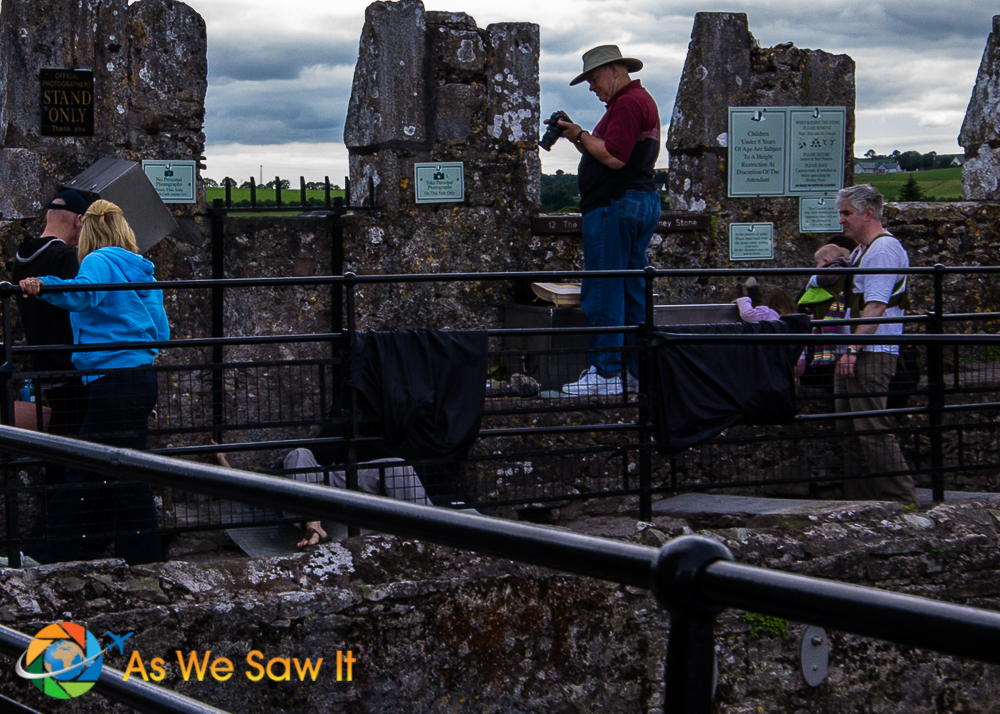 Unless you pretend to be illiterate and they aren’t watching. I peeked over the attendant’s shoulder and captured Jimmy’s kiss myself. 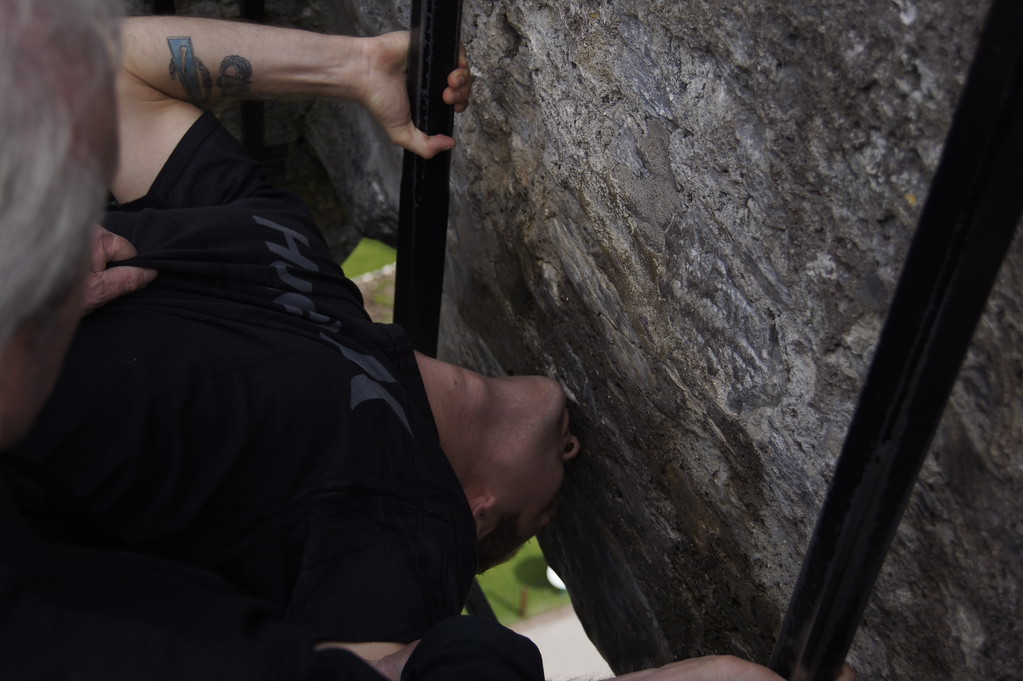 If you’re afraid of heights, this is one tourist attraction you will want to miss. It’s a long way down.

Once upon a time, visitors had to be held by the ankles and lowered headfirst over the castle wall, hoping they didn’t have any enemies nearby. We heard that at least one of Cormac’s visitors met his unfortunate demise that way. These days, although it’s still a long drop, it’s a lot safer, due in no small part to the attendant who helps visitors kiss the rock.

After the obligatory kiss, visitors can also see the more luxurious Blarney House, where Lord Blarney and his family lived in more recent years. I’m sure those cold stone walls were enough incentive to move out of the castle, especially when winter rolled around.

That said, learn from our mistake: If you plan to visit, check the Blarney Castle website before you visit so you don’t miss out. I was really disappointed when we found out that we were too late to go inside. They are only open for a few hours each day and we missed it because we spent so much time with that ridiculous stone. 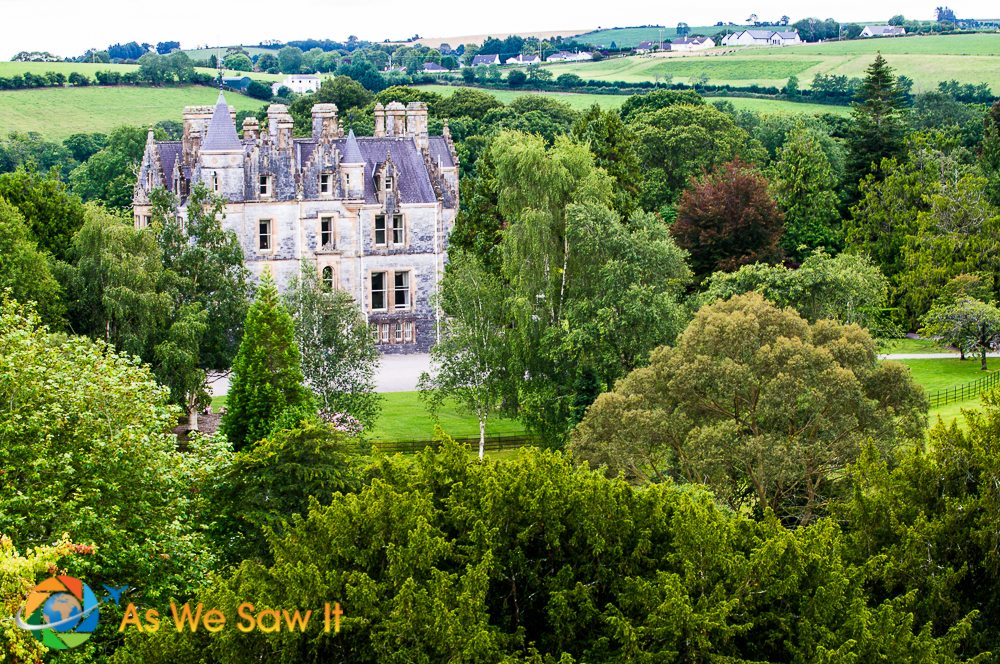 Well, since that wasn’t possible we spent some time walking along the boardwalks and paths running through Rock Close. It’s an enchanting enclosed garden and quite fanciful. Some claim that it was built on Druid ground, but I suspect that might be just a little bit more blarney. 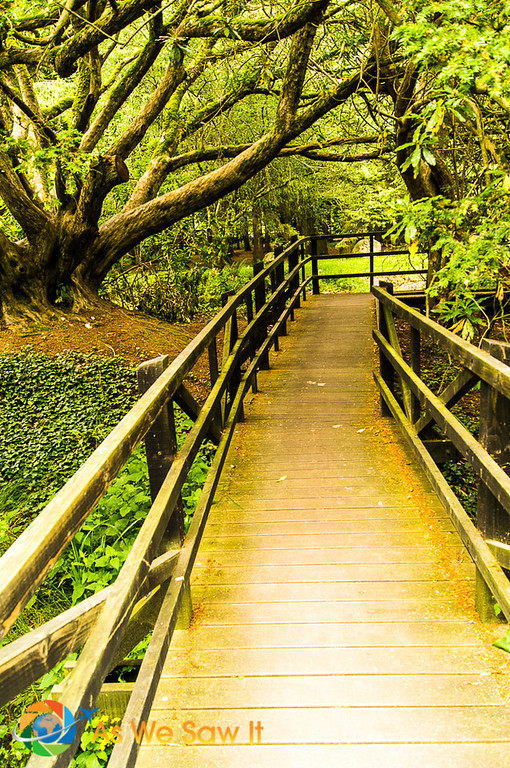 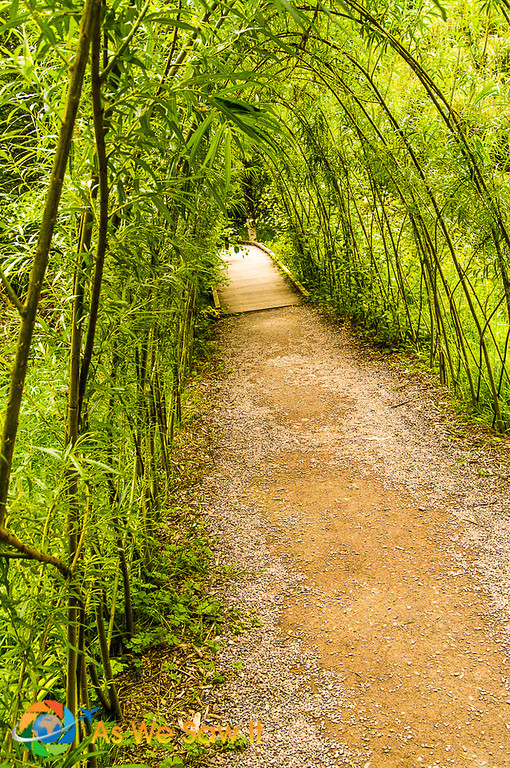 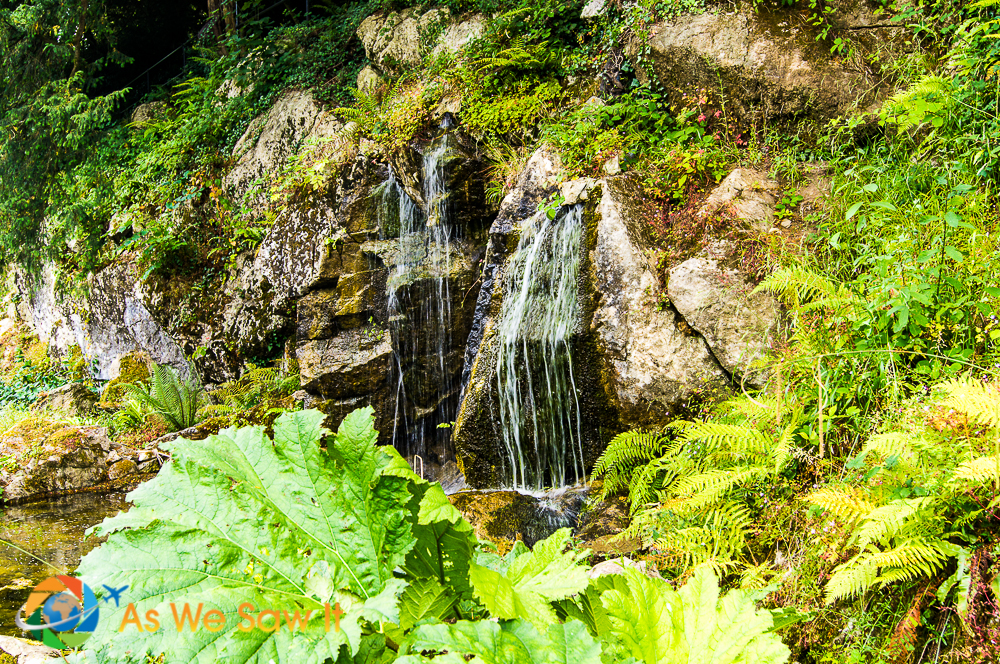 End of our day in Blarney Ireland

Surprisingly (to me), the castle grounds closed before we were ready to leave. After checking into our cozy B&B we went back into town in search of something to eat. Little was available save a five-star establishment at Blarney Woollen Mills. The mills are a tourist attraction, but we gave them a miss. It was getting late and we were hungry, so we indulged, and I must say the food was worth the price.

I guess spending a day at Blarney Castle was worth it, after all.

Wherever you go in Ireland, the best way to end a day touring Ireland is in a pub, enjoying local Irish fare, a pint of brew or cider, and some traditional Irish music, then staying at a nearby B&B.

What about you – would you spend a day at Blarney Castle to kiss the Blarney Stone? 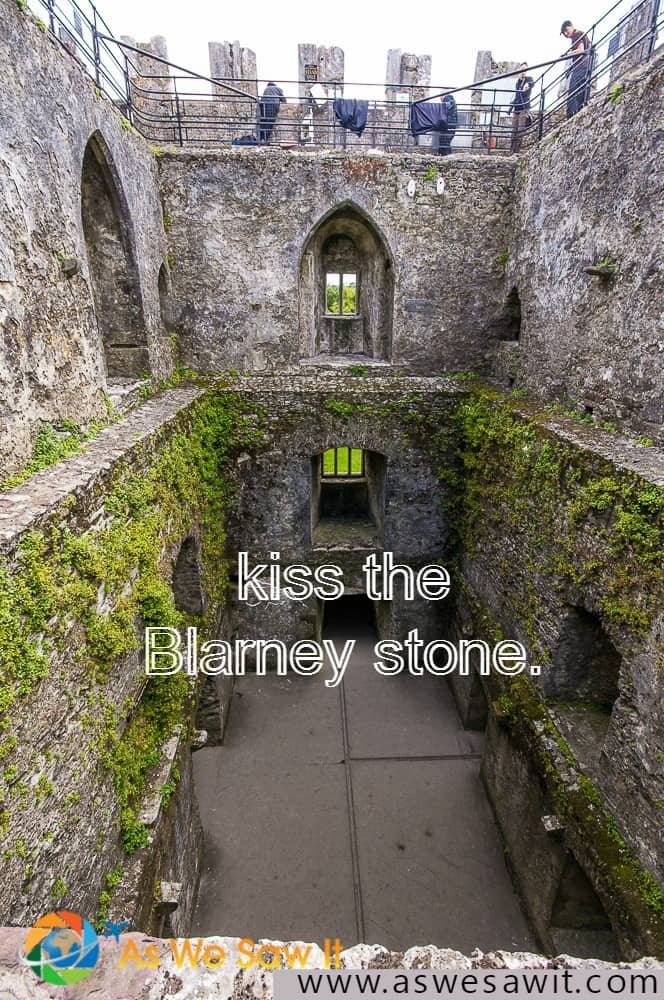 2 thoughts on “Is Blarney Castle Worth the Hype, or a Bit o’ Blarney Itself?”

All content copyright © As We Saw It, all rights reserved. Be nice, don’t steal. For more information about using any images or text, send an email to contact [at] aswesawit.com.
64 shares