Travelers along the western coast of Ireland will happily discover a very photogenic coastline. The shore is dotted with isolated beaches and serene coves that are sheltered from the wind and rain by dramatic Irish cliffs.

Ireland’s west coast is called the Wild Atlantic Way, and two of its most popular tourist spots are the Ring of Kerry and Cliffs of Moher. The problem is that they also have the crowds and traffic to prove it.

Off the beaten path in Ireland

One of the benefits of staying at a B&B is that you can develop a relationship with someone who knows the area. Travel guide writers may not know that driving the Ring of Kerry can be a nightmare in the summertime, when the buses and cars clog the roads—and the views.

As our innkeeper put it, “it is a lot of driving on narrow roads with scenery that looks like everywhere else in western Ireland.”

This concerned us. I mean, we enjoy seeing the iconic sites as much as the next person, but who wants to drive for hours at a snail’s pace, all the while inhaling bus fumes? Who enjoys navigating their way through hordes of tourists with selfie sticks?

There’s a lot of pushing, shoving, and jostling that comes with hundreds of people angling for the perfect shot. And at the end of the day, they all produce the same cookie-cutter photos. Where’s the fun in that?

Fortunately, there are three finger-like peninsulas on Ireland’s west coast. Ene offers stunning and dramatic views, most without crowds of buses and tourists. So you can choose Slea Head Drive on the Dingle Peninsula instead of the Ring of Kerry.

The views are just as epic and the route is much less crowded. Though it’s hardly off the beaten path, now that Rick Steves is recommending it.

Alternative to the Cliffs of Moher

No disrespect to Moher, of course. Those cliffs are indeed beautiful and they deserve every photograph.

experiencing the authentic culture is more important to us.

And there’s a safety wall, too.

An alternative to the Cliffs of Moher

Thanks to a small paragraph hiding in our Lonely Planet tour book, we discovered that there is a nice alternative to the Cliffs of Moher a bit further south in County Clare. Not only is it far less crowded, they said, it’s easy to get up-close-and-personal with these cliffs because there are no fences, walls or heads to obstruct the view.

Our B&B hosts on the Dingle peninsula agreed that it was a worthy destination and promised that we would have a pretty drive on the way to said cliffs.

They recommended a back route that would save both countless miles and hours of car travel. But did we mind taking a car ferry across the Shannon River?

Umm … no. Actually, we loved the idea of driving on local roads in a foreign land. To us that sounded a bit like an adventure.

The ferry dropped us near the town of Kilkee, a lovely little seaside resort town. Like most coastal towns, it has a pretty harbor that is filled with fishing boats. The tide was out when we arrived and we could see lots of people on the beach.

By the time we had arrived it was nearly lunchtime, so we stopped at a pub in town for a bite to eat and a necessary visit to the “loo.” As it turns out, that was a really smart move because once we left town all we could see were occasional houses dotting the landscape.

There are no pubs OR bathrooms along the way. Eat and “go” before you go.

Vast expanses of barren fields and rocky outcroppings made the area seem rather desolate but every once in a while a lone house would promise that we hadn’t left civilization far behind. Occasional glimpses of the Atlantic here and there reassured us that we were on the right road.

All this barren land made us wonder if we might possibly bypass the cliffs and end up back in Kilkee. Crazy maybe, but when we finally came across an area where a few cars were parked, we pulled off to the side of the road to check it out. Not far away the verdant land suddenly disappeared. Sure enough, we had found cliffs!

Unlike Moher, no one was here to charge admission. These cliffs had no gift shop or bus parking lot, just a spot where we could see a few cars parked at odd angles. So what if the cliffs didn’t rise quite as high or have as sheer a drop-off? They are just as impressive!

We were thrilled at how peaceful it was here without the crowds. Plus, we could quite literally walk right up to the brink of the cliffs and see the crashing surf directly below. You’d never be able to do that in the U.S.!

The saddest thing was to find a memorial to a lad who had slipped and fallen to his death. I still feel for his family.

We saw very few people apart from a few fishermen who had cast their lines off the edge to angle for fish in the surf hundreds of feet below, and a father who was there with his kids.

Up at the edge

Jimmy and I crawled up to the edge on hands and knees because it was windy and it looked like the grass was growing over the edge of the cliff. This was one place we really didn’t want to take a wrong step.

It was worth it though, once I peeked over the edge and got a glimpse of the clear water below. I never would have suspected that the Atlantic could be that blue!

Sadly, we never got to see Loop Head Lighthouse. We spent so much time at this one spot that we had to abandon our plan to drive the entire loop all the way down to the end. We were expected at our Galway B&B before dark and anyway, we would need some dinner and traditional music after we had checked in.

Even though we never made it to the lighthouse, we’re still glad we went here instead of the Cliffs of Moher. Not only were the views absolutely amazing, we had a relaxing day with no crowds.

Cliffs of Moher vs. Loop Head Cliffs: Our conclusion

You were right, Lonely Planet: This is an excellent Cliffs of Moher alternative. Not only did we save a bunch of money and avoid the crowds, we were able to explore a part of Ireland that most tourists never see.

It was so worth carving out the time to make this drive. Sure and it was a little more out of the way, but now it’s one of our most-cherished memories from our entire time in Ireland. 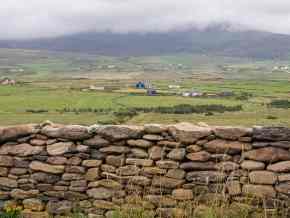 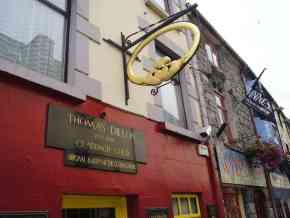 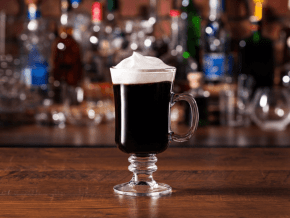